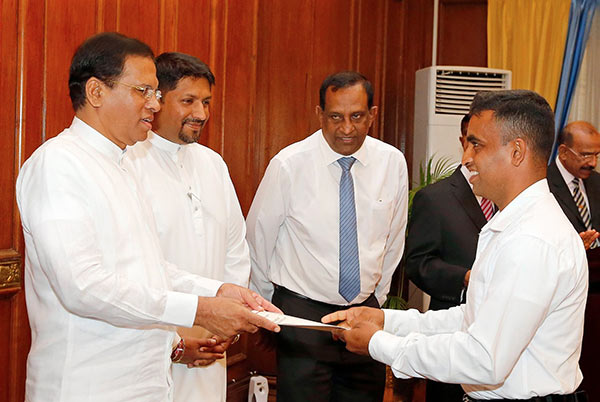 The pension benefits were given to 2,261 tri forces personnel and to 136 police officers and marking the event the President symbolically presented the pension benefit letters to 150 war heroes.

Differently abled War Heroes who volunteered to retire before their due retirement day were not entitled to pension benefits till today and no government in power drew their attention to this issue.

Though it is contradictory to grant this service pension to the disabled war heroes who had not been in the service for 12 years, the President paying his special attention on this issue, and after receiving the Cabinet approval in this regard decided to provide this service pension for the first time in the history.