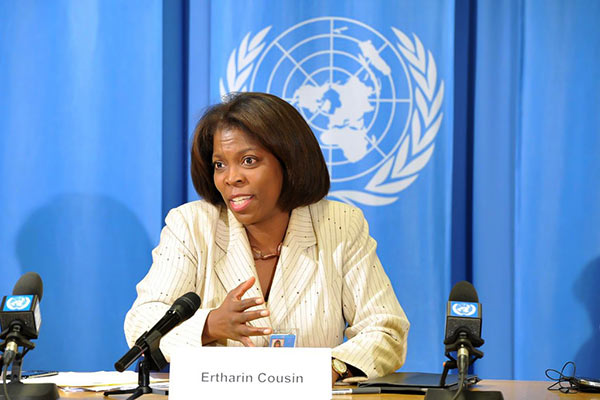 Sri Lanka is making efforts to achieve zero hunger and zero undernutrition, having launched a national review of food security and nutrition with the United Nations emergency food relief agency.

The review fulfils “the country’s potential to feed its own people” said the Executive Director of the UN World Food Programme (WFP), Ertharin Cousin, who participated in the official launch during a visit to Sri Lanka.

“This strategic review provides a framework for the partnerships across sectors that are vital to translate global aims into local actions,” Ms. Cousin said.

The Executive Director praised all the Government officials with whom she met – including President Maithripala Sirisena – saying that they are “clearly committed to developing sustainable food systems.”

In addition to Government officials, Ms. Cousin called for partnerships with the private sector, civil society, academia, non-governmental organizations and the UN system.

The launch is part of Sri Lanka’s effort to reach the second Sustainable Development Goal (SDG), which aims to end hunger, achieve improved food security and nutrition, and promote sustainable agriculture by 2030.

During her visit, Ms. Cousin also travelled to Monaragala, one of the country’s poorest districts, to view WFP’s work to boost the resilience of vulnerable communities. She visited cash for work programmes involving organic home and community gardens and elephant fencing, designed to prevent the loss of lives homes and farms due to elephant-human conflict, which is likely to be exacerbated by the current drought.

According to the press release, WFP and the Government are planning to expand existing cash and food for work programmes to support farmers and rural communities who risk falling deeper into food insecurity because of the current drought, which means the upcoming Maha harvest could be the worst main agricultural harvest in decades.