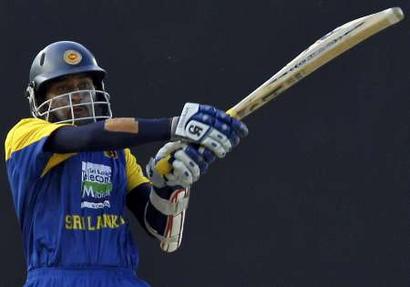 Tillakaratne Dilshan has become the seventh cricketer from Sri Lanka to feature in Lord’s Honour’s Board, courtesy to his big century in the drawn second Test against England.

Reports from U.K said that by slamming a majestic 193, the big-hitting opener not only surpassed Sidath Wettimuny’s long-standing record for the highest score by a Lankan at the hallowed cricket ground, but also joined Aravinda de Silva and Duleep Mendis, whose names also feature in the prestigious list.

Besides the two former stars, other Sri Lankans in the list include Amal Silva, Romesh Ratnayake, Marvan Atapattu and Mahela Jayawardene.

Ratnayake, who registered a five-wicket haul during the team’s tour way back in 1991, is the only Sri Lankan bowler to feature in the list. (niz)

2 Responses to Dilshan honoured by Lords