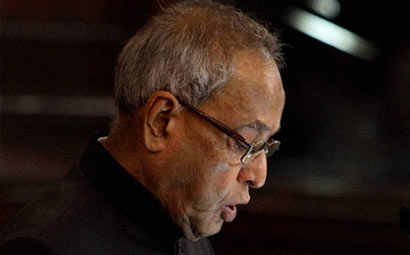 As soon as the President began his address to the joint sitting in the Central Hall, DMK and AIADMK members raised slogans.

The exact contents of the slogans could not be heard, but apparently they were referring to the killing of the 12-year-old son of slain LTTE chief Prabhakaran allegedly by Sri Lankan soldiers.

Union ministers Rajiv Shukla and V Narayanasamy waved at the protesting MPs to take their seats.

An unperturbed President, however, continued reading his speech despite the commotion. (Courtesy: India Times)