DMK, Congress did nothing to protect Sri Lankan Tamils – Paneerselvam 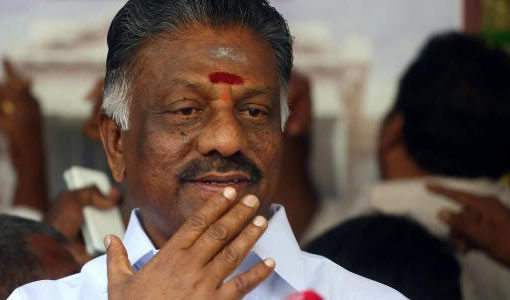 Ruling AIADMK top leader O Paneerselvam Thursday accused the DMK and Congress of being responsible for the “genocide” of Tamils in Sri Lanka during the last phase of civil war in the island nation in 2009.

The two parties were in power in the Centre then but did nothing to protect the Lankan Tamils, he said campaigning for AIADMK Nilgiris Lok Sabha constituency candidate M Thiagarajan in Gudalur in Nilgiris District.

“DMK and Congress are responsible for the genocide of Sri Lankan Tamils,” he said.

On the other hand, five members of the DMK alliance partners later visited Sri Lanka and received “valuable gifts” from the then President Mahinda Rajapaksha, Paneerselvam, who is the deputy chief minister of Tamil Nadu, charged.

1 Response to DMK, Congress did nothing to protect Sri Lankan Tamils – Paneerselvam