Donald Trump had acted in a Sri Lankan film 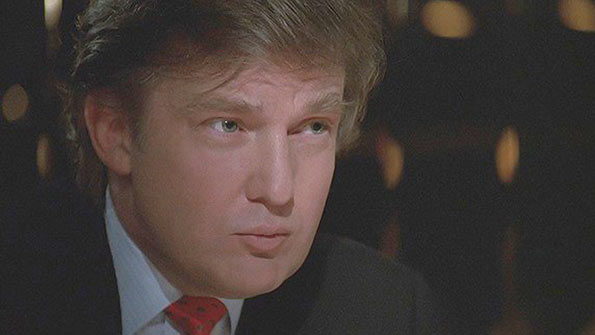 America’s President-elect Donald Trump had acted in a film co-produced by the veteran Sri Lankan film-maker Chandran Rutnam along with Bo Derek.

The 1989 film Ghosts Can’t Do It was directed by John Derek. “John Derek wrote a scene especially for Donald Trump to play himself in a cameo role. We shot the scene in the board room of the Trump Tower. It was a one-day shoot and a delightful experience,” Chandran said.

“But the negative got scratched and we had to do it again. Trump happily agreed,” Chandran recalled.

In Ghosts Can’t Do It, Scott and Kate are happily married despite their 30-year age gap. After Scott suffers a heart attack and is unable to make love, he commits suicide and becomes a ghost whom only Kate can see and speak with. To make it possible for Scott to return embodied, they conjure up a plan to have a young man drown so that Scott can take his body.

Bo Derek appeared as Katie Scott, Antony Quinn as Scott, Julie Newmar as Angel, Leo Damien as Fausto, and Donald Trump as himself. Sri Lanka’s versatile actor, Henry Jayasena, also appeared in the film. The film was shot in Galle in South Sri Lanka, Thoddu in the Maldives, and the states of Wyoming and New York in the US.

Despite the star-studded cast, Ghosts Can’t Do It bombed at the box office and got negative reviews. It won the Stinkers Bad Movie Award and  Bo Derek the Worst Actress prize. Donald Trump was declared the Worst Supporting Actor at the Golden Raspberry Awards.

Chandran has sent a congratulatory message to Trump on winning the US presidential election and invited him to Sri Lanka.

Home » Donald Trump had acted in a Sri Lankan film