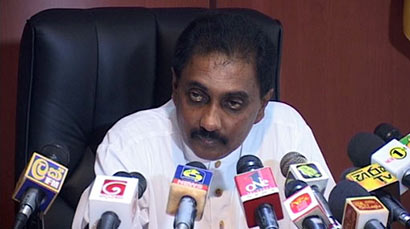 The Police will file a plaint today against Deputy Minister of Internal Trade and Cooperatives, Hemal Gunasekera for using a vehicle with a false number plate.

The politician was stopped by the police on the Southern Highway on May 20 while travelling in that vehicle.

Police constable Suminda Saman, who stopped the deputy minister’s vehicle has complained to the police that he was attacked and his car burnt by a gang a few days later.

PC Suminda has recently tendered his resignation to the Police Department, claiming that he had no faith in the police investigations into the incident and his life was in danger.

1 Response to Dy. Minister Gunasekera to be charged today