EBOLA – Humanitarian Intervention or Depopulation agenda or both! 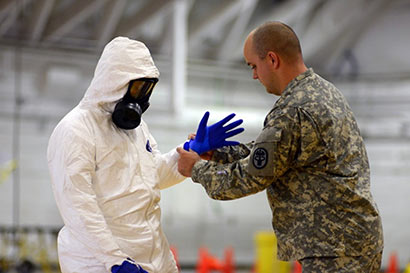 On 24 April 1974 then US Secretary of State under George Bush Snr said ‘depopulation should be the highest priority of foreign policy towards the Third World’. Juxtapose that with Ghanian Nana Kwame’s allegation that people started dying only after the Red Cross vaccinations is certainly food for thought especially when he goes on to say that Ebola is a CIA invention to allow western troops on African soil. Ebola incidentally is a genotype weapon that is designed to kill only blacks and the vaccine serum only works on white people (Centre for Disease Control)! In the meanwhile US is to send 3600 troops to Africa – can a virus be killed with guns or drones?

Depopulation as a foreign policy by the West has taken place through use of depleted uranium, Agent Orange, armed conflict and setting races/tribes/sects against each other as well as the use of bio-weapons in the form of AIDS and the latest not surprisingly is EBOLA. Wherever there is oil, gas or whatever assets that the conglomerates that rule the world wishes to get their hands on, a Government would be used to declare some ‘war’ using any of the methods above and the excuse of ‘humanitarian intervention’ would allow troops to land, occupy and take over these assets. It happened in Iraq, it happened in Afghanistan, it happened in Kosovo, it happened in Libya, it happened in Haiti, it happened in scores of African countries and it is unlikely to abate.

The US has mastered the art of manipulating the media that it owns and controls. The American public unfortunately have become gullible to the lies the American Government and its media dishes out to them. Scare tactics have worked each time and at every turn the American public have found themselves agreeing to gag their own freedoms unknowingly.

Of course the virus will enter White lands and white people will catch the virus but no whites are likely to die from Ebola but the scare is sufficient for the American public to allow the US Government and troops as they like where they like so long as nothing happens to them. It’s the same story being repeated over and over!

The lies never seem to end.

Centre for Disease Control, US – “Early tests of an experimental drug, which would effectively combat the spread of Ebola, have proved successful only in those with white skin”.

Ebola came into the picture in 1976 in the Democratic Republic of Congo and had killed less than 40 in 40 years and now suddenly over 4000 are dead! How is it that Ebola has suddenly resulted in a need to impose martial law? Why has the cure become worse than the threat if people are actually dying after the injecting of vaccines!

It cannot be a coincidence that US Dept of Defense has spent millions on scientific research on ebola virus with several companies engaged in biological warfare. In 2002, the US Dept of Defense signed a $322m contract with DynCorp (military contractor) to develop, produce and store vaccines for the DoD. This is the same Dyncorp connected to child abuse/prostitution/sex slavery in Bosnia, it manages Congress telephone system, it joins LockHeed Martin in providing computerized bookkeeping for federal agencies, it has a contract to manage police and court systems in US-occupied Iraq.

With 6000 national drone test sites established and a target to have 30,000 drones across the US skies and with the ability for drones to have its global positioning systems hacked there is all the likelihood of Ebola virus or any other contaminable virus to be spread across the US skies. But who it will eventually kill and keep alive remains a big question.

US intelligence comprises CIA (Central Intelligence Agency $14,7b) NSA (National Security Agency $10.8b), National Reconnaissance Office (NRO $10.3b) and the National Geospatial Intelligence program receive billions from what is known as the ‘black budget’ spending for data collection, data analysis, management-facilities-support, data processing and exploitation. Expenses range from covert operations, human intelligence and employs over 100,000 staff. http://www.washingtonpost.com/wp-srv/special/national/black-budget/ but what do these agencies do with $53billion??? When whistleblower Scott Bennett US army special operations officer claims the CIA funds ISIS and Al Qaeda and has proof too these allegations don’t sound like conspiracy theories.

Why is Ebola only in West Africa where US desires to place troops in Nigeria, Liberia and Sierra Leone?

Sierra Leone is the world’s largest supplier of diamonds (troop presence is also a good way to force striking miners back to work too!)

Nigeria is rich in oil

Ebola has killed more than 4,400 people (with more than 8000 documented cases, nearly all of them in West Africa. 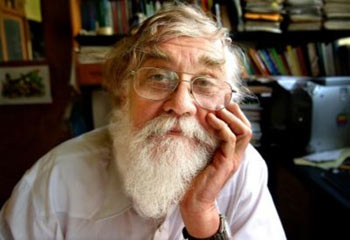 This is Dr. Eric R. Pianka, who in 2006 advocated for the extermination of 90% of the Earth’s population using an airborne Ebola virus.

“War and famine would not do. Instead, disease offered the most efficient and fastest way to kill the billions that must soon die if the population crisis is to be solved. AIDS is not an efficient killer because it is too slow. My favorite candidate for eliminating 90 percent of the world’s population is airborne Ebola (Ebola Reston), because it is both highly lethal and it kills in days, instead of years. “We’ve got airborne diseases with 90 percent mortality in humans. Killing humans. Think about that. “You know, the bird flu’s good, too. For everyone who survives, he will have to bury nine”.

Who else wants the world depopulated – Prince Philip, Bill Gates, Ted Turner, The Club of Rome, the Bilderbergs, the New York Times, there is the Agenda 21 launched by the UN in 1994 a covert plan to indulge women in employment and thus delay marriage and childbirth, there is increasing access to abortion and birth control. With the pace of change not in keeping with the desired objectives so the virus’s came along. AIDS epidemic broke out about the same time as Agenda 21.

In terms of the conspiracy theories – with 7billion people the depopulation agenda is meant to bring down the population to a controllable 500million wherein ‘democracy’ will be of two types – the rulers and the ruled!

The lies just never stop coming.
And the tales just get so tall.
Here comes one more down the pike,
and for another lie, we fall.

Whatever happened to the truth
was it banished from the earth?
Did we lock it up and toss the key,
and give truth the widest berth?

The Red Cross is spreading Ebola,
to the Blacks who have the oil.
America’s going to bomb them,
unless this plot of theirs, we foil.

It seems that diamonds aren’t being mined.
Those who worked the mines just quit.
The West must have those riches,
and the Red Cross will do its bit.

Oh beware of their vaccines,
you don’t know what’s in that mess.
What is true is not so true,
and the liars won’t confess.

Life don’t mean a thing.
It’s value falls each passing day.
And when we think that all is lost,
that’s because it is in every way.

Written by,
Shelby I. Courtland

To think that man to satisfy his greed devised ways to kill fellow human beings shows how the world has degenerated.

To think that we are party to the lies is unforgiveable.

It is time we all start to stand up and become better informed and share our findings so that the good rules over the bad. As things stand it is because of the silence of the majority of the good that the minority bad rules the world.

Be the change you want to see

Home » EBOLA – Humanitarian Intervention or Depopulation agenda or both!