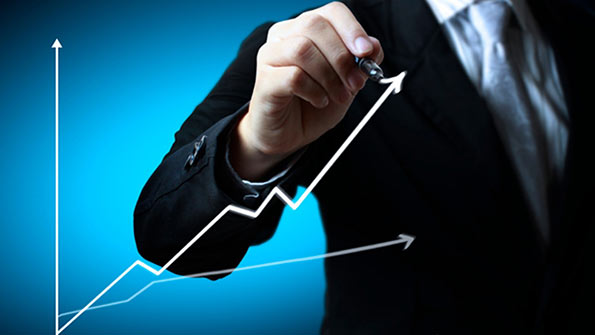 Sri Lanka’s economy amidst domestic and international challenges has successfully achieved an economic growth of 5.5% in the first quarter of 2016 compared to 4.4% growth in the same period 2015.

The Mid-Year Fiscal Position Report is released to the public by the Finance Ministry by 30th June of every financial year and thereafter it is tabled in parliament as stipulated in section 10 of the Fiscal Management (Responsibility) Act No. 03 of 2003.

The report further pointed out that the income during the relevant period has increased by 19.5% in 2016. The inflation will also be maintained further in single digit level.

Although the overall export income has decreased from 4.5% with international market instabilities, the report points out that the flow of foreign exchange has increased through foreign workers remittances and tourism, and the import expenditure on food, petroleum products, and transport equipment has decreased causing a reduce of 2.4% of the trade deficit in first four months of 2016 compared to the same period in 2015.

The approval of the Cabinet of the Ministers has been received to table this Mid-Year Fiscal Position Report 2016 in the Parliament.