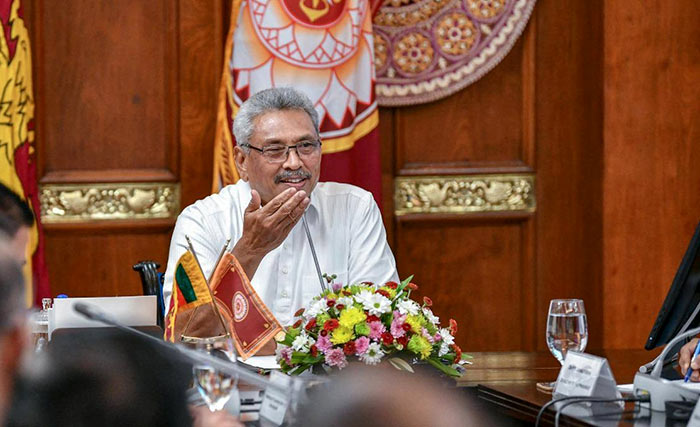 President Gotabaya Rajapaksa has given specific instructions to the Consumer Affairs Authority(CAA) and the Inland Revenue Department to ensure that the benefits of tax concessions granted by the government reach the consumers, a press release issued by the Presidential Media Division said yesterday.

These government agencies particularly the Inland Revenue Department have been directed to keep a close tab on wholesale importers, manufacturers, distributors and small time retailers who are dependent on mass scale distributors . Excerpts from the press release: “It has been stressed by the government that the business community, importers, wholesale and retailers should make sure that consumers they receive the full benefits of tax concessions granted by the government”, the statement said.

The business community has also been reminded that the government will take policy decisions preventing uncompetitive market practices.

The Presidential Secretariat is receiving continuous complaints from the public that they do not receive the benefits of the tax concessions introduced by the government on retail, wholesale and imported consumer items.

Retailers have also informed that a few wholesale distributors and manufacturers are controlling the market disregarding the competitive market practices.

1 Response to Ensure that benefits of tax concessions reach consumers