Everyone must respect the law – Defence Secretary 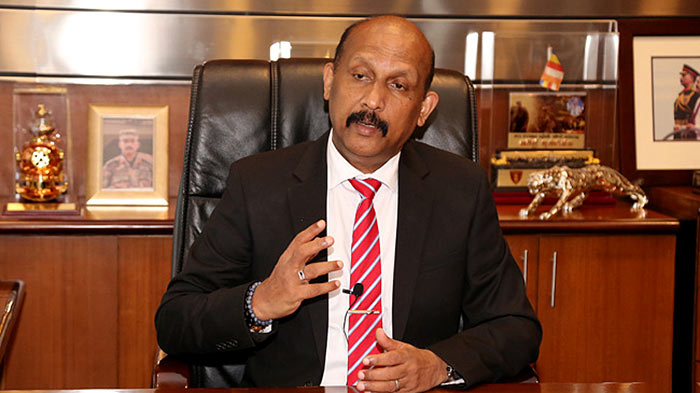 Defence Secretary General Kamal Gunaratne (Retd). says as the authorized body of the country to protect the national security, they will not hesitate to arrest and implement the law against anyone who breaks the law or create unrest amongst communities.

“As the authorized body of the country to protect the national security, we don’t hesitate to arrest and implement the law against anyone who attempts to break the law of the country by sawing seeds of hate politics and provoking the public peace”, the Defence Secretary said.

“Irrespective of his/ her position, every citizen of this country should respect and follow the prevailing law of the country. The laws cannot be changed according to an individual wish” he further said adding “If there is any requirement to amend the laws which would impact to the national security, such laws should be amended after a careful study made by the field experts.”

He also said, “No one can justify things that cannot be justified. We are ready to swiftly act against anything detrimental to the healthy cooperation and reconciliation between the communities and religion”.

The Defence Secretary expressed these remarks at Maharagama Mahamegharamaya yesterday morning (March 14) responding to the media on a recently triggered issue.

During the occasion at the Mahamegharama temple, cash donations with a pack of dry rations were made to a large number of low income families.

Home » Everyone must respect the law – Defence Secretary