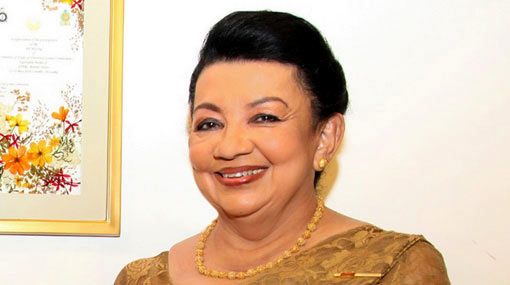 He said that he was not informed of the venue Mrs. Rajapaksa was questioned and said the statement had been recorded at a separate venue because of a protest held outside the FCID this morning.

A demonstration was also held in Hambantota on Sunday (31) in protest over the decision to summon the former first lady to the FCID.

In a post on social media Namal Rajapaksa MP earlier claimed that,

“My Mother just received a notice to appear before the Financial Crimes Investigation Division (FCID). My Mother has always stayed away from politics. Does she deserve this harassment?! “Yahapalanaya” seems just a facade for this government. Vengeance isn’t “good governance.” Targeting my Mother proves it. President Rajapaksa and I, as politicians, are always ready to face political vengeance. But I wish they would leave my Mother & brothers alone.”

The statement had been recorded with regard to the Siriliya Foundation headed by Mrs. Rajapaksa.