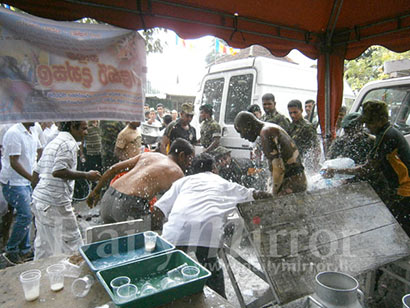 A Buddhist monk set himself on fire this morning outside the Temple of the Sacred Tooth Relic, Kandy in protest over the slaughter of cattle, police said.

Sources said the monk poured petrol over his body and then lit himself. He was rushed to the Kandy hospital with severe injuries and later transferred to General Hospital, Colombo, the police added.

He had lost his seat in the PS after he had repeatedly stayed away from council meetings. The PS Chairman said about two weeks ago he received a letter from the JHU saying that the monk had been expelled from the party. 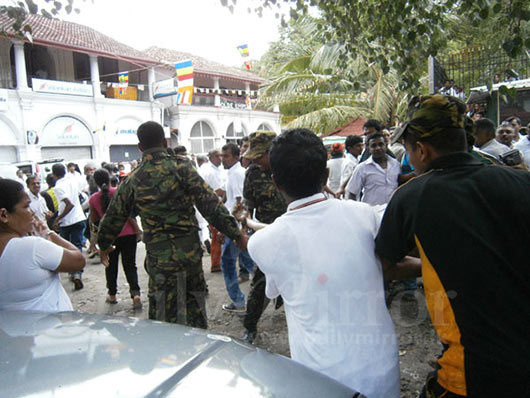 11 Responses to Fiery protest by Buddhist monk over cattle slaughter