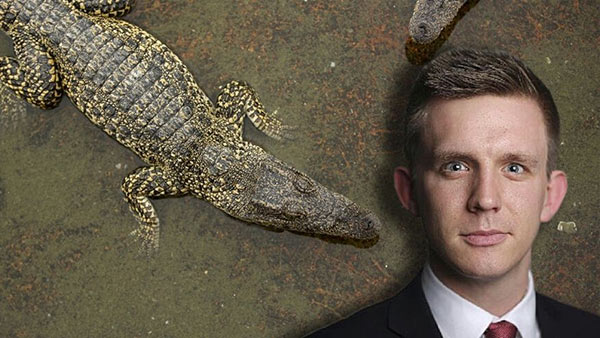 A Financial Times journalist has died after he was dragged underwater by a crocodile while on holiday in Sri Lanka.

Paul McClean, 25, has been identified as the British man killed by the animal in a lagoon known as Crocodile Rock.

According to the Telegraph, it is believed that Mr McClean left his friends to go to the toilet, and the beast ambushed him when he dipped his hands into the water to wash them.

One of his colleagues at the FT told the Telegraph: ‘We’re all totally stunned. He was a great kid, an Everton fan, super bright. It’s an absolute tragedy.’

Mr McClean grew up in Thames Ditton, Surrey, and graduated from Oxford University with a First in French in 2015.

Witnesses of the incident reportedly saw him ‘waving his hands in the air’ in desperation before he was pulled below the surface by the crocodile.

It is believed he only arrived in the country a few days before.

Earlier it was reported that Sri Lanka’s police and army were searching the shore and surrounding area.

A Scot who is on holiday in the area but wished to remain anonymous said: ‘People last saw his arms in the air in the water and then was grabbed under. I was there but didn’t see it happen though. Horrible.

‘They are searching for a body but haven’t found anything yet. The army were down and there are people put on boats checking the shore because crocodile won’t eat anything in water they will take it on to dry land to eat prey.’