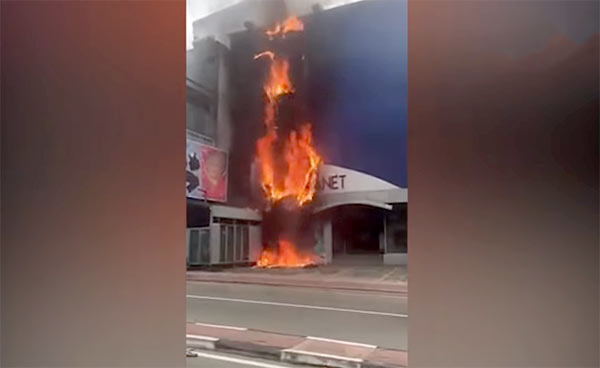 A fire broke out in the leading retailing chain store Cool Planet building at Pelawatte, Battaramulla a short while ago, the Fire Brigade said.

They said they had received the first call at 11.00 a.m. and the emergency fire service of the Kotte Municipal Council confirmed that several fire trucks, two from CMC, and one from the Airforce and two from Dehiwela had been despatched to the location.

UPDATE: (1.31 p.m.) – The Sri Lanka Air Force (SLAF) has deployed a Bell 212 helicopter fitted with a Bambi bucket to help douse the fire at a clothing store in Pelawatte.