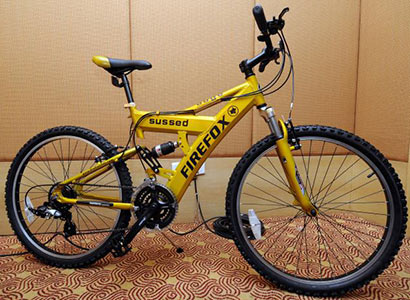 NEW DELHI: Premium bicycle maker Firefox Bikes today said it has closed its manufacturing plant in Sri Lanka, owned by one of its promoters, and moved it to Bangladesh to avail lower duty benefits.

“We have closed down our Sri Lanka plant and the last production was in January. We have relocated the unit to Bangladesh,” Firefox Bikes Managing Director Shiv Inder Singh told PTI here.

The manufacturing plant is operated by Intertrend Ltd, which is led by Firefox Bikes’ majority stakeholder Pradeep Mehrotra. The plant’s major chunk of output is exported to European nations.

“The EU has some human rights violation issues with Sri Lanka and because of that EU took away the zero-duty benefit from bicycle exports from the island nation. So, the business of the company’s other promoter got affected,” Singh, who is the minority stakeholder of the company, said.

Firefox Bikes pays an “additional duty” of 6.5 per cent for products coming from the Bangladesh plant, he added.

When asked about the investment in relocating and setting up a new plant in Bangladesh, Singh said it was borne by Mehrotra and his company.

“We have tied up with Tern as an exclusive distributor for their folding bicycles for the Indian and Bhutanese markets. Our target is to sell 1,000 units in the first year of sale,” Singh said.

At present, Firefox Bikes sells one folding bicycle model under its own brand.

Talking about the company’s performance in the current fiscal, he said Firefox Bikes is targeting Rs 50 crore revenue in 2012-13 with sales of 55,000 units as against Rs 40 crore turnover with despatch of 48,000 units.

“In the next fiscal, we are looking for a revenue of around Rs 65 crore. In volume, we hope to achieve a growth of 25 per cent over this fiscal’s figure,” he added.

In November 2012, Firefox Bikes had introduced a high-end mountain bicycle SuperFly Comp priced at Rs 2.35 lakh. It is a part of Gary Fisher collection by Trek Bikes, which are imported and sold in India by Firefox Bikes. Along with this, the company had launched another product SuperFly AL for Rs 1.45 lakh.