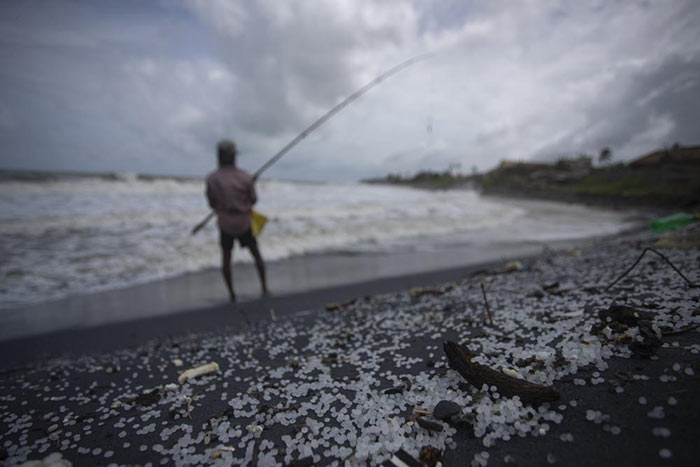 The fisher community which has fallen from the frying pan into the fire due to the blow from a double whammy of the global pandemic and now the ship catching fire in Lankan waters urgently call for assistance from the authorities to keep the home fires burning.

The fisher-families whose only source of income has been taken away urge the government to provide a daily allowance at least till they get over the crises that has brought their life to a complete standstill. “We are in a precarious state today. We just raised our heads after a tumultuous time of two years when tragedy struck us again with the vessel catching fire,” said fisher-folk in Negombo who are currently in a hapless state.

Fisher-families said granting Rs. 5,000 to tide over a long period is not a viable solution as one has to put food on the table daily and fulfill other daily needs. “Providing a pittance when our trade has been completely bungled cannot be accepted. There has to be a favourable solution such as a daily allowance to fisher-families that would enable at least to feed the children,” said All-Ceylon Fisher-Folks Trade Union President Aruna Fernando.

Fishermen said, “Earlier we were unable to go out to sell. Now people are not buying because fear has been created without any scientific proof that it’s dangerous to consume fish due to the contamination of water with hazardous substances. “The authorities must undertake a comprehensive study and make claims that are scientifically verifiable without creating panic which has adverse ramifications to the country,’ Fernando said adding that to panic seeing some fish or shore is not scientific as it is a common site during the monsoons to have fish washed ashore. “Fishery associations have been urging the government to formulate a national policy that is implementable in consultation with fisheries associations who know the industry,” Fernando said.The Government with the assistance of the forces launched a major cleanup operation last week following the container ship laden with chemicals caught fire inundating the western coast with microplastic pollution and potentially hazardous waste. Eco-activists and environmentalists said the second vessel to catch fire in Lankan waters in recent times, would lead to the worst catastrophic ecological disaster in the country and of the potential threat to marine life and the fishing industry.

MS X-Press Pearl, a Singapore-registered ship was sailing from India’s Gujarat to Colombo when a fire broke out onboard on May 20 around nine nautical miles off the Sri Lankan coast.

Experts said there was a possibility for about 350 metric tons of oil to leak into the ocean resulting in widespread ecological damage to marine life.

Sri Lankan authorities have launched criminal and civil probes into how the fire started.The Marine Environment and Protection Authority (MEPA) stated plastic waste had caused “the worst environmental disaster we have seen in our lifetime.” MEPA added the damage from the ship was still being calculated.