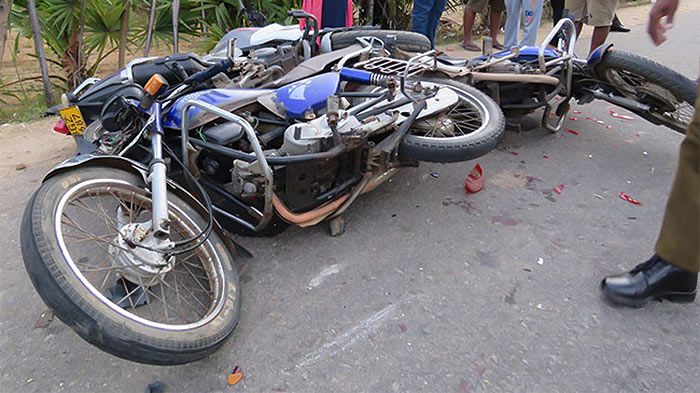 At least five persons have been injured and hospitalised after a bus collided with a group of people who were waiting in a fuel queue near a fuel station at Uraniya in Batticaloa this morning (June 27).

Police said the bus was transporting a group of apparel workers when the accident occured.

The injured were admitted to the Batticaloa Hospital, however, none of them are in critical condition, according to hospital sources.