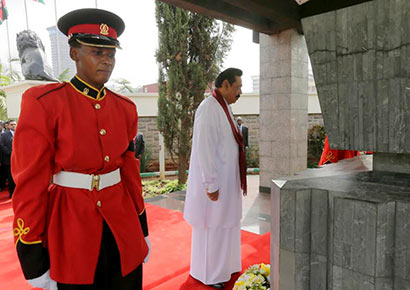 President Rajapaksa was escorted to the mausoleum at the Parliament building in Nairobi by Kenya’s Deputy President Willam Ruto. Following prayers by Christian and Islamic religious leaders, the two main religions in Kenya, President Rajapaksa laid a wreath and paid his respects to the late Kenyan hero.

Kenya’s independence movement got its footing in 1942 when members of the Kikuyu, Embu, Meru and Kamba tribes took an oath to fight for freedom. This is what evolved into the Mau Mau Movement, and in 1952, Jomo Kenyatta was sentenced to seven years imprisonment for his involvement with the Mau Mau Movement and remained in prison for 10 years during the final days of British rule. Jomo Kenyatta became Kenya’s first black Prime Minister when he was released in 1962. Kenya has received independence from Britain on December 12, 1963. After gained independence Jomo became the country’s first black President and served until his death in 1978.

The President attended Kenya’s 50th Independence Day celebrations as a special guest on December 12 and is scheduled to attend a number of other official events during his four day state visit. The President is scheduled to hold bilateral talks with his Kenyan counterpart at the State House. Sri Lanka and Kenya are expected to sign a number of agreements covering several sectors including trade, tourism and cultural cooperation. 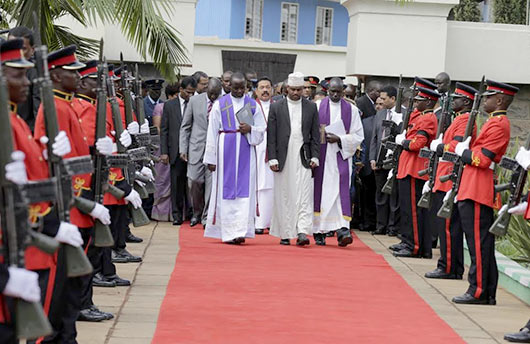 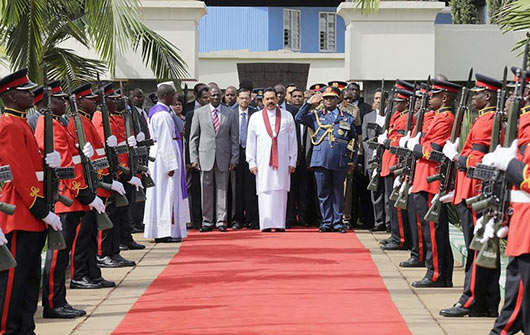