Focus on cricket, not money: Vaas 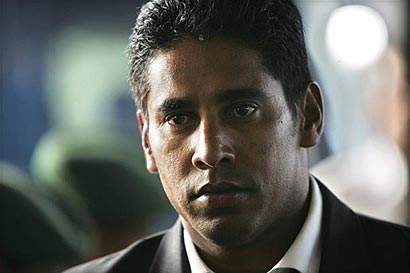 Dubai: Sri Lanka’s Chaminda Vaas, who has been hailed among the finest left-arm pacers to have come out of his country, wants young cricketers to focus on cricket and not money.

Talking to Gulf News during the Gulf Super Sixes at the Dubai International Cricket Stadium on Friday, he said: “Youngsters must give 100 per cent to the game. Since there is so much of money involved with Twenty20 cricket and in the game today, they should focus on cricket and not the money. They should aim to serve the country longer and give 100 per cent to the game.”

Vaas was referring to the poverty of performance among Sri Lankan youngsters. “Right now there is no one performing. Youngsters should look at the seniors and learn to get involved and do well for the country,” he added.

“There are lots of youngsters coming up but you need to have seniors who are ageing to play alongside them. Mahela [Jayawardene], [Kumar] Sangakkara and [Tillakaratne] Dilshan are still playing very well. It is up to the youngsters to take up their places and perform,” said Vaas, who took 400 wickets in one-dayers and 355 Test wickets.

Talking about Jayawardene’s decision to step down as Sri Lanka captain, Vaas said: “We have to accept the fact that Mahela cannot captain all the time. Now is the time for Angelo [Mathews] to take up the captaincy and do well for the team. While Mahela is still playing, he can groom Angelo into a good captain. Mahela is one of the best captains in world cricket today. His ideas and experience will surely help Angelo, and I think Sri Lanka cricket can progress further.”

However, Vaas expressed his concern over the state of schools’ cricket in Sri Lanka, which once produced talented players like him.

“Schools’ cricket in Sri Lanka is dying. We do not have a good infrastructure. Most of the young coaches are having different theories and different ways of thinking. We need to change all these and Sri Lanka Cricket (SLC) should get more involved in schools’ cricket and unearth good players from it.”