Focus on present, not dwell on past- Special UN Rapporteur 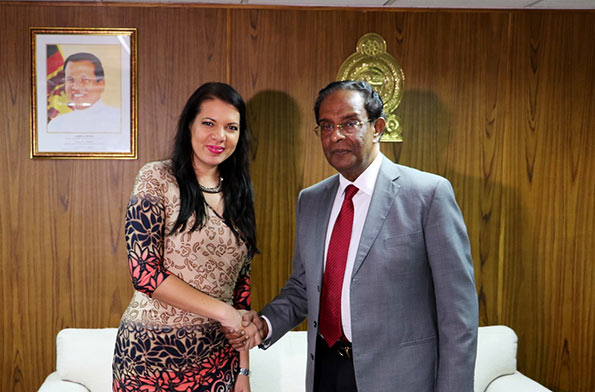 More focus should be placed on the current situation, with regard to human rights and minority issues, rather than dwelling on the past, the Special Rapporteur on Minority Issues of the United Nations Human Rights Council Rita Izsák-Ndiaye has said.

Special Rapporteur Rita Izsák-Ndiaye is in Sri Lanka to assess the current situation of the national, ethnic and religious minorities.

The Minister said the present Government had taken many steps to improve the human rights situation in the country.

He informed Ms. Izsák-Ndiaye the Government would be abolishing the Prevention of Terrorism Act to be replaced with a new Act.

Speaking further with Ms. Izsák-Ndiaye, the Minister said that the Government had established and strengthened Independent Commissions to ensure the rights of minorities as well as the other citizens of Sri Lanka.

The Government has initiated the process of repealing the PTA at the Cabinet meeting on Tuesday.

3 Responses to Focus on present, not dwell on past- Special UN Rapporteur

Home » Focus on present, not dwell on past- Special UN Rapporteur