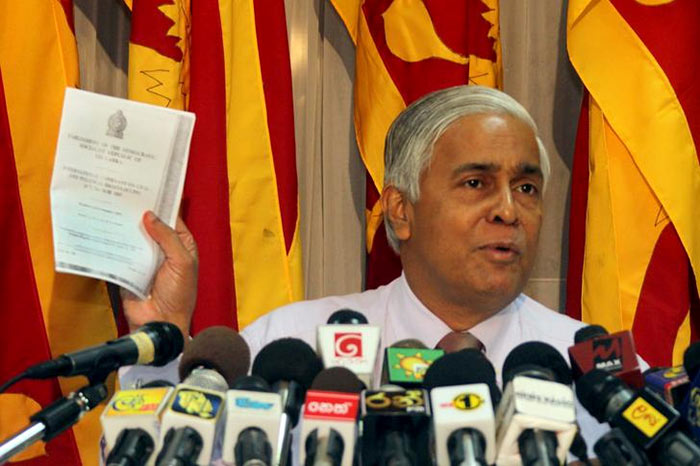 Former Chief Justice Sarath N Silva has been issued notice to appear before the Supreme Court on the 7th of February on charges of contempt of Court.

The petition filed against the former Chief Justice was taken up before the Supreme Court and the order was issued by judge bench consisting of Justices Vijith Malalgoda, Murdu Fernando and S.Thurairajah this morning (23).

The former Chief Justice is accused of making a statement at a rally held in Maradana on the 3rd of December which was alleged to be in contempt of Court.

The case was filed by Senior Professor Chandragupta Thenuwara and three others.