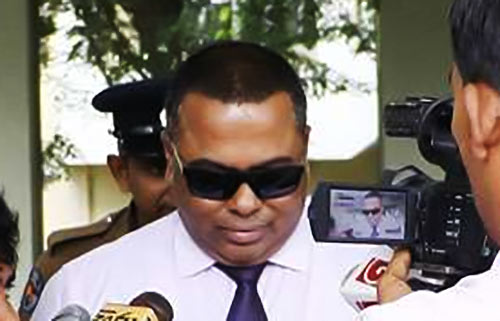 Former DIG Nalaka de Silva has been arrested by the Criminal Investigation Department (CID) a short while ago.

The arrest was made during his interrogation by the CID which had questioned him on five separate days.

DIG Nalaka de Silva, former Director of the Terrorism Investigation Division (TID), is currently under investigation in connection with an alleged conspiracy to assassinate the President and the former Defense Secretary.

On Tuesday, the CID informed the Fort Chief Magistrate that from the 124 voice cuts sent to the Government Analyst he had identified 123 of them as those of Nalaka de Silva.

UPDATE: Former DIG Nalaka de Silva who was arrested by CID over VIP assassination allegations have been remanded until 7th November.