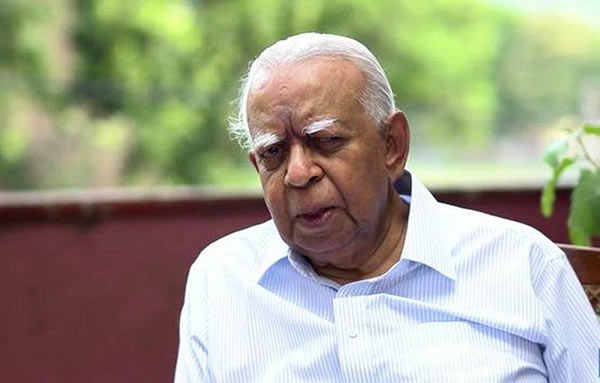 The previous government had taken a decision to allow former Opposition Leader R. Sampanthan to use his official residence in Mahagamasekara Mawatha, Colombo further so long as he remains the leader of the Tamil National Alliance (TNA).

The official residence locate on B 12 , Mahagamasekera Mawatha in Colombo 7 has been allocated to him through a Cabinet decision .

Then, Parliamentary Affairs Minister Gayantha Karunathillake had submitted the Cabinet paper on February 26, this year seeking approval to allow this house to be used by Mr. Sampanthan as long as he is the TNA leader. The house is located on a land of one and half acres in extent. Five workers have been assigned for maintenance of this house . They are paid by the Parliamentary Affairs Ministry. It was first assigned to him as the Opposition Leader in 2015. In 2017, the government had spent Rs. 35 million for its renovation. Mr. Karunatilake submitted this Cabinet paper seeking approval for such housing facilities for Mr. Sampanthan in recognition of his contribution to national reconciliation.

The Cabinet paper had been put forward at the request of Speaker Karu Jayasuriya. Approval had been granted in the same Cabinet paper for the allocation of vehicles KX 2330 and KO 6339 along with a fuel quota of 600 litres.

The Ministers of the present government say that the government provides houses for retired Presidents and their spouses, but not for the former opposition leaders. They say this will set a bad precedent as a result.