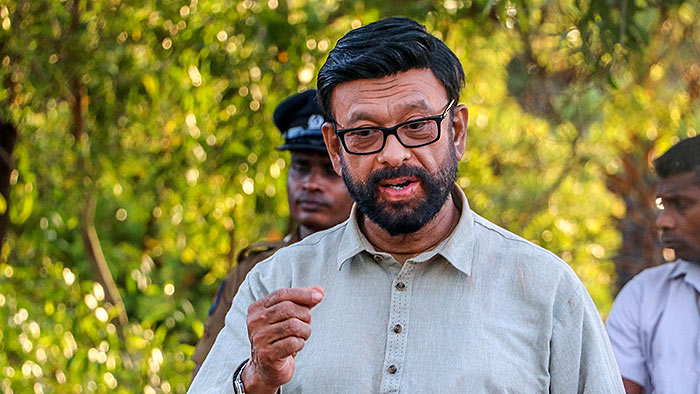 Former State Minister and former MP for Batticaloa District Ali Zahir Moulana has urged the Government to facilitate burial of unfortunate Muslims who pass away due to COVID-19.

His appeal via twitter over the weekend is after three last persons to die of COVID-19 were Muslims.

“It is truly disheartening that today’s 20th reported COVID death and the two prior to that were all Muslims, and the remains were cremated,” Moulana said in his tweet.

“By all means, this pandemic must be brought under control and the Muslim community has given its utmost cooperation. All we have asked is for a dignified burial be afforded to the deceased in keeping with international norms, guidelines and regulations practiced worldwide,” he said.

“Why Sri Lankan health regulations maintain an exception to this is baffling given all of this,” he added. Given the non-cooperation of health authorities in this matter, Moulana and several others filed Fundamental Rights petitions in the Supreme Court last May naming the Minister of Health, DGHS, Attorney General and others as respondents.

Noting that the next court date is scheduled for 26 November but given that there is a spike in cases, Moulana via his tweets made an urgent public plea on humanitarian grounds to President Gotabaya Rajapaksa, Prime Minister Mahinda Rajapaksa, Leader of the Opposition Sajith Premadasa, Health Minister Pavithra Wanniarachchi and Justice Minister Ali Sabry to consider a reversal of the stance to mandate cremation and respect religious freedoms as outlined in our Constitution, especially as burial of COVID victims is an established practice worldwide.

“Further to the Muslim MPs who voted in favour of 20A, some of you boldly claimed in Parliament that your actions were based on the best interests of the Muslim community. I ask you in the process of your ‘deal-making’ if you really had the best interests of our community in mind, then why wasn’t the cremation issue put on the table?” queried Moulana via his tweet. “Nevertheless, I appeal to you 6 MPs to please shed aside your petty personal ambitions just this once. I campaigned alongside some of you, and recall your promises to your constituents included resolving this very issue. So I urge you to give this priority & not abandon us,” Moulana added.