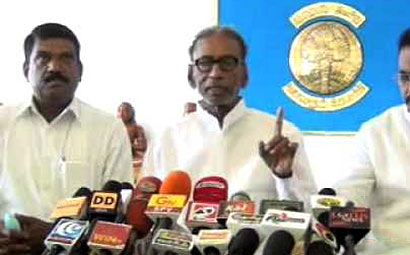 If the Indian Navy “continues to fail to protect” Tamil Nadu fishermen from attacks by the Sri Lankan navy, the State government should then impart weapons training to fishermen to defend themselves from being hunted down on the high seas, Tamil Nationalist Movement leader, Pazha. Nedumaran has said.

Speaking to reporters on Saturday, Mr. Nedumaran said the transfer of ‘Katchatheevu’ to Sri Lanka did not have legal backing as the then government failed to get Parliament’s consent for this transfer.

Hence, the present Bharatiya Janata Party government should make all-out efforts to get back the strategic island from Sri Lanka, which was working clandestinely to allow China to control Katchateevu, he said. – The Hindu