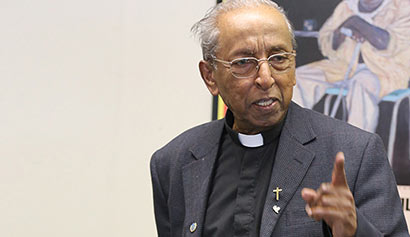 LTTE ground force including its leader were defeated in May 2009. LTTE remains banned in 32 countries even 5 years after its defeat. LTTE did not fight with sticks or stones but became a terrorist movement with its own aerial and naval wing with suicide cadres and Eelam bank issuing its own currency/notes, had its own Eelam court including an appeals court, its own police, Eelam ID cards. Prabakaran could not have run the Eelam show on his own. He had the men but the men needed arms and ammunition and together the LTTE needed propaganda. That’s where the overseas Eelam lobby gets connected. That’s why banning LTTE alone is not good enough. Every murder LTTE committed had the collaboration of Tamil Diaspora groups which have now been declared banned by Sri Lanka and the next stage is that given that these entities are operating from overseas, these foreign Governments that continue to ban the LTTE need to now rope in all of the organizations that Sri Lanka has declared as proscribed and as terrorists. The tragedy is how the world and the Vatican can watch a Catholic priest heading a banned terror front continue to praise the LTTE leader and equate him with Jesus Christ.

The GOSL has banned 16 LTTE fronts and named over 400 individuals as supporting terrorism. The ban is gazetted by the GOSL in 2014 includes the leaders of the main LTTE fronts – US citizen Rudrakumaran of the TGTE, Nediyawan in Norway, Headquarters Group led by Vinayagam and the Global Tamil Forum led by FATHER S J Emmanuel. All these organizations/individuals are now banned under United National Security Council Resolution 1373.

What needs to be highlighted about these LTTE fronts banned by the GOSL is that the key players all formed themselves immediately after the defeat of the LTTE and began projecting themselves as charities, human rights advocates, peace doves and whatever other jargon they could incorporate to camouflage their true objectives. This fits well with the proscription as LTTE fronts because none of these organizations issued a single statement against the LTTE for its crimes pre-2009 and does that not look quite awkward in the manner they claim to be collecting money for victims – the victims were Sinhalese, Tamils and Muslims.

The Founding Member Organisations of GTF were:

The constituents of GTF are under investigation.

Tamil Forum Malaysia (TFM) claimed that it raised 1 million Malaysian Ringgit for ‘humanitarian efforts in northern Sri Lanka and Sri Lankan refugees’ in July 2011. (money was not used for any such purpose)

The GTF’s US partner, USTPAC, is an umbrella organization of 16 Tamil expatriate organizations in the United States. 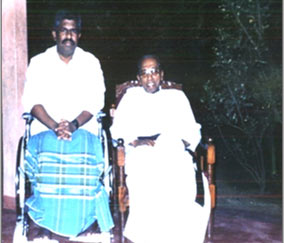 The army on Vanni front recovered hundreds of photographs, including one showing Fr. Emmanuel sitting next to Castro 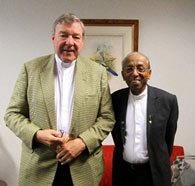 From the mouth of Father Emmanuel

Due to his religious affiliation, Father Emmanuel was able to directly influence Western Christendom against Sri Lanka and in favour of the LTTE cause to which he was closely linked. As such to date the Church, its leaders have not issued anything against Fr. Emmanuel for comparing Prabakaran to Jesus, for calling LTTE cadres as ‘soldiers of Christ’ or referring to suicide bombers as ‘martyrs of the Catholic Church’ or even calling himself Moses!

This silence also prompts us to question whether the Church leaders have been linked to LTTE over the years for the Church has taken no steps to investigate or reprimand Church leaders praising LTTE or its Leader and providing material support to it.

From his experience in the 1980s the former High Commissioner for India J N Dixit wrote a book ‘Assignment Colombo’ and page 228 he states “what was fascinating was that the Tamil Catholic clergy kept arguing in favour of the LTTE throughout my tenure in Sri Lana’.

This was in the 1980s… fast forward to mid 1990s, Tim McGirk’s article ‘Boys and Girls come out to Die’ following an interview with Father Emmanuel, he wrote that ‘surprisingly, the Tamil tigers cult of martyrdom receives sanction from many Anglican and Catholic priests and the Hindu pundits’.

Thus if Dixit was fascinated that the Tamil catholic clergy kept arguing in favour of the LTTE and Britisher Tim McGirk was surprised that Tamil tigers cult of martyrdom received sanction from Anglican and Catholic priests it is essential that with Father Emmanuel himself declared proscribed and his organization the Global Tamil Forum also proscribed as a terrorist supporting entity the UN and countries where GTF and its constituents are functioning openly in view of the UNSC Resolution 1373 ban, Father Emmanuel, GTF, its constituents and all members need to be internationally investigated.

That’s the Christian connection. Look at the high profile connections the banned GTF has and it does make any to wonder who is the terrorist and who is the war against terrorism is really with. It is startling how politicians have deteriorated to bow down to electoral bribing and attend events and make speeches about issues they know little about but also end up totally disturbing diplomacy and decency in governance between nations. 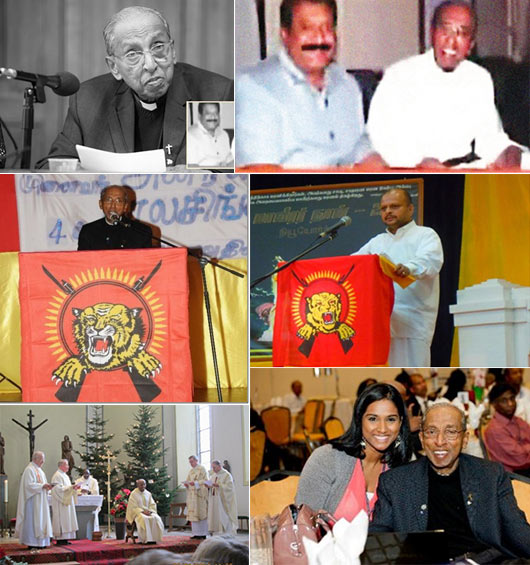