Gotabaya and Modi to hold talks in New Delhi today 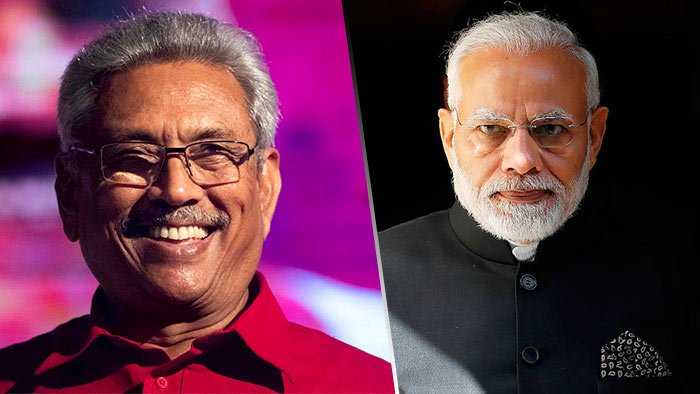 Both leaders are likely to discuss areas of cooperation and ways to strengthen existing bilateral relations between the two countries. The Sri Lankan President will later call on President Ram Nath Kovind.

Mr Rajapaksa arrived in the national capital last evening on a three-day state visit to India. The visiting dignitary will be accorded a ceremonial reception on the forecourts of Rashtrapati Bhawan this morning. This is Mr Rajapaksa’s first overseas visit after assuming office.

Before his departure from Colombo, Mr. Gotabaya tweeted that during the visit, he is looking forward to strengthening bilateral relations with Narendra Modi and the Government of India.

Following his arrival in New Delhi, Ministry of External Affairs spokesperson Raveesh Kumar, in a tweet said that a civilisational relationship nurtured through millennia. He said, the President’s visit at the Prime Minister invitation, demonstrates the strength and dynamism of India-Sri Lanka relations.

AIR correspondent reports India is one of the largest investors in Sri Lanka with cumulative investments of around 1.239 billion dollars. The investments are in diverse areas including petroleum retail, IT, financial services, real estate, telecommunication, hospitality and tourism, banking and food processing. Sri Lanka is among the major recipients of development assistance from India. India’s overall commitment stands close to 3 billion dollars, out of which around  560 million dollars are purely in grants.