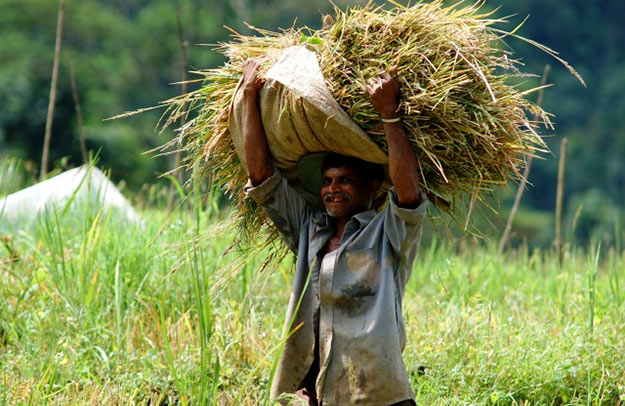 The Government, in line with the President’s Visions of Prosperity policy has already commenced purchasing paddy at a minimum guaranteed price of Rs. 50 per one kilogram under the government’s program to purchase the paddy harvest in Maha season 2019/2020.

It is noteworthy that the government for the first time this year will buy the paddy with moisture content higher than the usual as a special benefit to the farmer, the Ministry of Finance said.

(A) The Paddy Marketing Board will purchase paddy with a maximum moisture content of 14% at Rs. 50 per kilogram of paddy.

(B) The government has taken measures to procure paddy with moisture for the first time through the Divisional Secretaries, Small and medium scale millers and Co-operative Societies under the direction of the District Secretaries. Accordingly, a kilogram of paddy with moisture content exceeding 14% but less than 22% will be purchased at Rs. 44.

The Treasury has already provided Rs.3.830 billion to the Paddy Marketing Board and District Secretaries for the initial step of implementing this program.Also the storage facilities at Paddy Marketing Board stores, and stores owned by the Food Commissioner’s Department and other government institutions as well as the storage facilities owned by the small and medium scale rice mill owners have been prepared.

According to the Department of Agriculture, paddy production forecast based on the reported sown extent as at end November 2019 is 2.40 million metric tons accounting for crop losses and would be sufficient for more than seven months.