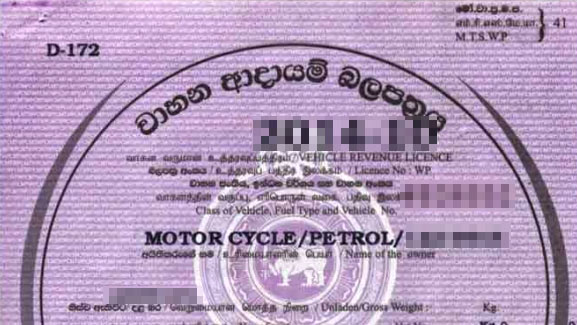 Government has announced a grace period till 31 July, 2020 to renew vehicle revenue licences in the Western Province.

Accordingly, it has been decided to grant a grace period till 31st of July for vehicle licenses which have expired.

Accordingly, no penalty will be imposed on the renewal of vehicle revenue licenses expiring during the period from March 20th to July 31st.