Guess what! World leaders promote GMOs for us while they eat Organic! 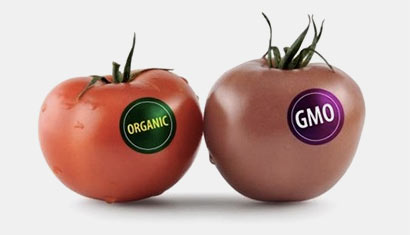 There is a saying that what is not good for the goose cannot be good for the gander. In other words, why are all those promoting genetically modified foods for the rest of the world not eating GMOs but eating organic? There is a list of politicians that support and promote GE foods as being ‘safe’ and ‘natural’ but privately they and their families eat ONLY organic. If GE Foods are So Great, Why Won’t the Elite Eat Them?

If world leaders are promoting genetic but eating organic it means they are aware of the health dangers of processed foods in general and genetically modified foods in particular. The question is why have their knowledge of these dangers not trickled to their conscious minds in agreeing to sign detrimental policies to the foods that ordinary people end up eating.

o   Secretary of State, Hillary Clinton, has old ties to Monsanto via the Rose Law firm.

o   General Counsel for the USDA is Ramona Romero, who came straight from DuPont, another major biotech company with GE crop patents, where she held a number of key positions, including Corporate Counsel for complex commercial and antitrust litigation,

o   Secretary of Agriculture is Tom Vilsack, a strong Monsanto supporter selected by President-elect Obama in 2008. As governor of Iowa, Vilsack frequently traveled in Monsanto’s private jets, and was named Governor of the Year by the Biotechnology Industry Organization.

In 2012, food and seed corporations in the US had spent $46million to lobby and defeat Proposition 37 that would have required food companies to list genetically modified ingredients on the labels of its products sold in retail stores. What the labeling would have done was to ensure that GMOs would not be passed as ‘natural’ foods. Though the law would have only affected California that makes up 12% of the US population, food labels would have affected other states too. Food companies only list ingredients, calorie, nutritional value and peanut content. If Europe, Russia, China, Japan, Mexico, Australia etc are also labeling GMOs why doesn’t the US?

The most startling this is to know the companies that have lobbied NOT TO LABEL GMOs. The list is given with the amount they have spent for lobbying against labeling.

BASF, Bayer and Syngenta are subsidiaries of foreign pesticide companies.

In 2006, some seed farms in the US filed a case against Monsanto. Monsanto lost the case but it appealed and lost the case again. This case was known as the Monsanto v Geertson Seed Farms. Thereafter Monsanto took the appeal to the Supreme Court. The Justice for the case was Clarence Thomas. He had been a former attorney for Monsanto. He did not recuse himself from the case given the conflict of interest. And not surprisingly, Monsanto won the case and the lower court’s decision was overturned. The conflict of interest is further revealed in this table that provides an excellent example of conflict of interest in a nation that dictates how others should live.

The most important question is – is there really organic foods given the extent to which the environment and soil has been polluted? Are even organic foods GMO-free? Our worst fears have been proved true as pollen and seeds from GMO crops often make their way to organic farms leading to ‘cross contamination’ making no crop 100% GMO free.

‘Organic’ are foods that are grown using natural fertilizers such as manure and limited pesticide use. Even meat reared without growth hormones or antibiotics and given organic food are certified organic meat.

It is not difficult to understand that the food industry is powerful enough to influence politicians and pass legislations for their benefit and profit. They do not care or are bothered with the health of the masses for their partner the health industry is there to take over when we do fall sick. Is it a surprise then why there are so many hospitals and patients? Do we need hospitals unless there are efforts to make us sick because when we become sick so many others become rich?

We should realize that the politicians themselves are prescribing dangerous foods for us while they are taking pains to ensure they eat only healthy foods. The above examples are clear enough. Which next means it is left to people individually to start to learn about the foods they are eating and not get fooled by the attractive labels or the media blitz surrounding the advertising of their products. Processed foods are a major cause of all the health hazards people are suffering from.

The amount of literature made available in the public domain is sufficient for people to themselves read up and educate themselves. There are scores of alternative ways that people can follow. Home gardening organic food is one good way to start and share what one learns with one’s neighbors and family and start spreading some good news. We need to reharvest the world and we cannot expect greedy politicians or profit making companies to do that.

We must all chip in to protect our planet.

How to grow organic at home – http://www.homelife.com.au/gardening/features/how+to+grow+an+organic+home+garden,4691

GMOs are killing the bees, butterflies and birds –
http://www.organicconsumers.org/articles/article_29307.cfm

If we pollute the AIR, WATER and SOIL that keeps us alive and well, and destroy the BIODIVERSITY that allows natural systems to function, NO amount of MONEY will SAVE US.

Home » Guess what! World leaders promote GMOs for us while they eat Organic!