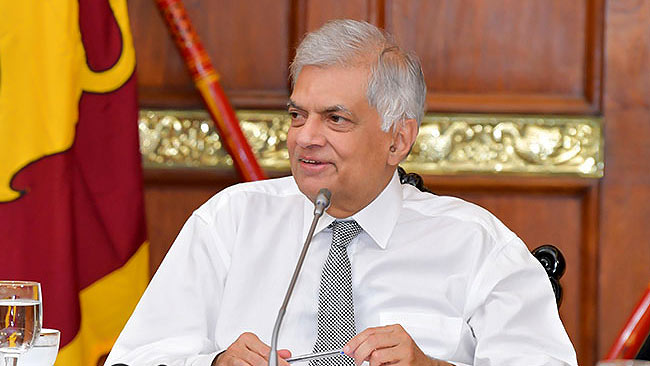 The Health Ministry spends nearly 40% of the Ministry’s expenditure on medicines to purchase medicines for cancer patients, it was revealed at a meeting with the President. The report of the three-member Committee appointed by the Government Medical Officers’ Association to look into the shortage of drugs in the country was handed over to President Ranil Wickremesinghe at the President’s Office on Saturday (September 03).

This report was handed over during the special meeting between the Government Medical Officers Association and the President and the problems faced by the health sector and doctors were discussed at length.

President Ranil Wickremesinghe stressed the need for an urgent system to resolve the difficulties faced by the people due to the shortage of medicines and the rise in the price of medicines. The President also said that he will discuss with the World Bank and the International Monetary Fund about other needs in the health sector including medicines.

The report of the relevant committee has identified the shortcomings in the coordination between the Ministry of Health, Medical Supplies Division, State Pharmaceutical Corporation, State Pharmaceutical Manufacturing Corporation and National Drug Regulatory Authority etc. Therefore, the report also suggested that a coordination committee be appointed by the Ministry of Health and a monthly progress review obtained.

The report of the committee has also proposed to appoint a technical committee to study the recommendations of the Auditor General submitted within the last five years in order to solve the problems that have arisen due to the lack of action taken regarding the recommendations of the Auditor General’s reports in the last few years.

President Ranil Wickremesinghe also pointed out the need to expand and develop the facilities of Colombo National Hospital, Kalubowila Hospital and Jayawardenapura Hospital as well as the need for policy change in the entire health sector.

The Government Medical Officers Association also submitted their proposals to the President regarding the payment of additional duty allowances for doctors, official transport facilities for doctors and the revision of those allowances, the revision of the government administrative circular regarding foreign leave and the importation of electric vehicles on tax concessions for public service professionals.

The President was also informed about the introduction and development of medical tourism in Sri Lanka.

They pointed out that there is a need to introduce a professional development program to upgrade the grades of all universities including Raja Rata, Peradeniya, Karapitiya, etc. approved by the University Grants Commission, and even though the universities offer such study courses, the service constitution of the Ministry of Health has not approved it. Therefore, the Government should take policy decisions regarding this matter. Attention was also paid to the changes to be made in the service constitution of doctors.

The Government Medical Officers’ Association pointed out the difficulties in sending foreign exchange to students studying abroad, and the President emphasised that higher education policies in this country should be changed in such a way as to earn foreign exchange.