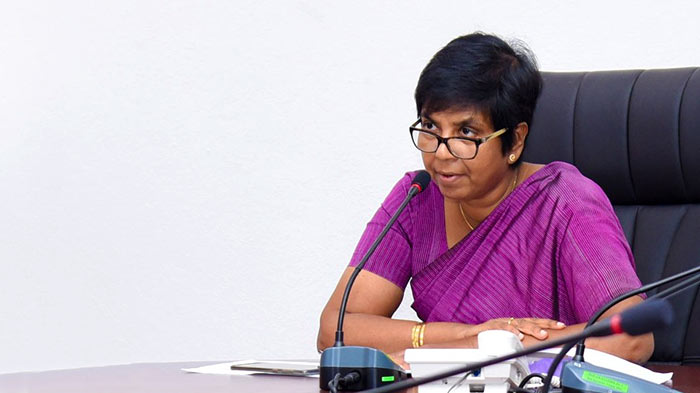 State Minister of Prison Reforms and Prisoners’ Rehabilitation, Dr. Sudarshani Fernandopulle, yesterday (30), claimed in Parliament that the Government believes there is an invisible hand behind the unrest at Mahara Prison on 29 November.

Responding to questions raised by the Opposition, Fernandopulle said an independent investigation would be carried out into the incident to identify the culprits behind the unrest.

The Opposition queried from Fernandopulle as to whether the Government is ready to conduct an independent investigation and find the reason behind the Prison unrest. Opposition Leader Sajith Premadasa said there were doubts about the investigation which is going to be conducted under the Secretary to the State Ministry of Prison Reforms and Prisoners Rehabilitation. “There is a problem in transparency and credibility in such an investigation. I would like to ask Fernandopulle whether the Government is ready for an independent investigation into the incident,” Premadasa queried.

Fernandopulle said: “This is a tragic incident. But it should be noted that there was a round of unrest in prisons island-wide, starting from the Boossa Prison. We saw it in Welikada, Weerawila, Bogambara, Kalutara and several other prisons after that. This is a trend reported from prisons recently.”

She said there are many suspects who are imprisoned for drug-related offences in prisons at the moment.

“Since the second wave of the COVID-19 outbreak, necessary action was taken to minimise close contacts of prisoners and to reduce congestion. When persons were remanded, they were sent to quarantine in old prisons. But COVID-19 entered the prisons anyway. Yet, even then, we took all the necessary action to treat the patients in the prison cluster in collaboration with the Health Ministry,” she said.

“There had been an escape attempt at the Mahara Prison on 29 November. Now the situation is under control. After the attempt, there had been a clash between two groups of prisoners. We saw the same scenario recently at Welikada Prison too. Of course, we are ready for an independent investigation. We too want to know the invisible hand behind this unrest,” she said.