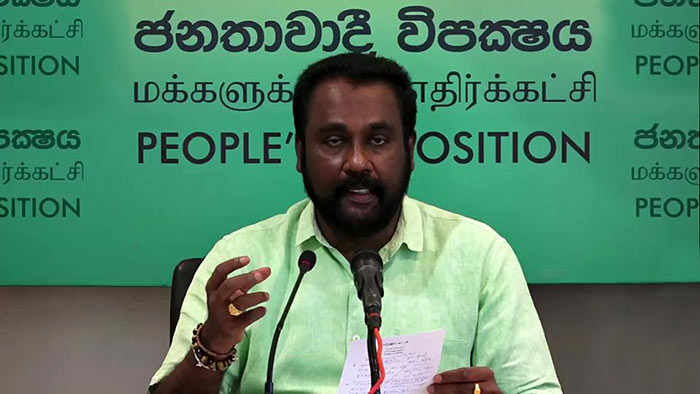 The Samagi Jana Balawegaya has stressed that hosting an international tournament such as the Lanka Premier League is an unnecessary risk considering country’s present state of affairs.

Speaking at a media briefing in Colombo, Parliamentarian Hector Appuhamy said many complications may arise due to this decision.

MP Appuhamy raised doubts over conducting the Lanka Premier League within a secure bubble, during a time that the coronavirus is spreading in the country.

He pointed out that players may meet different people working within the bubble such as hotel staff and other tournament officials, which in turn poses a risk to everyone involved.

Despite the IPL being conducted in Dubai under strict safety protocols, the MP expressed uncertainty over the possibility of Sri Lanka being able to maintain such standards to conduct the tournament safely.

Commenting on the COVID-19 developments in France, the MP said citizens were protesting on roads to reopen the country, while the French President remains unaffected over his decision to impose a lockdown.

MP Indunil compared this to the stance taken by President Gotabaya Rajapaksa to reopen the country.

He claimed the President was attempting to reopen the country despite hesitance by health authorities, the Opposition and the Maha Sanga.