House buried with 4 people in Warakapola, one rescued 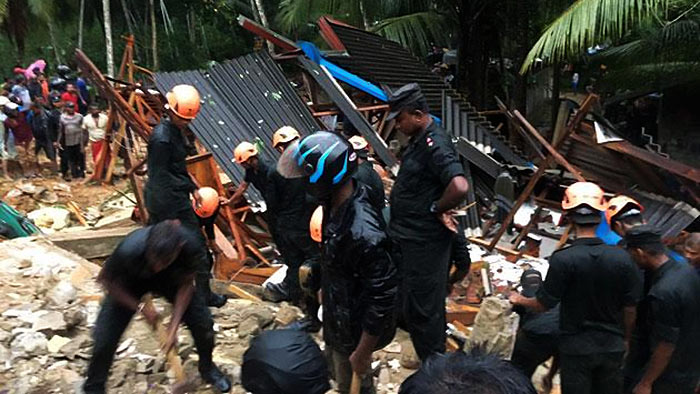 Following heavy rain, a two-story house in the Thumbaliyadda area in Warakapola was buried in the landslide today (October 14), the police said.

According to reports, four people had been inside the house at the time of the incident.

One of them, a 50-year-old man who was trapped under the mud and debris, has been hospitalised after being rescued.

Search operation is underway to locate the others, police said.

Meanwhile, a 10-year-old who was living in the house has survived as he was attending a tuition class at the time of the incident.

Home » House buried with 4 people in Warakapola, one rescued