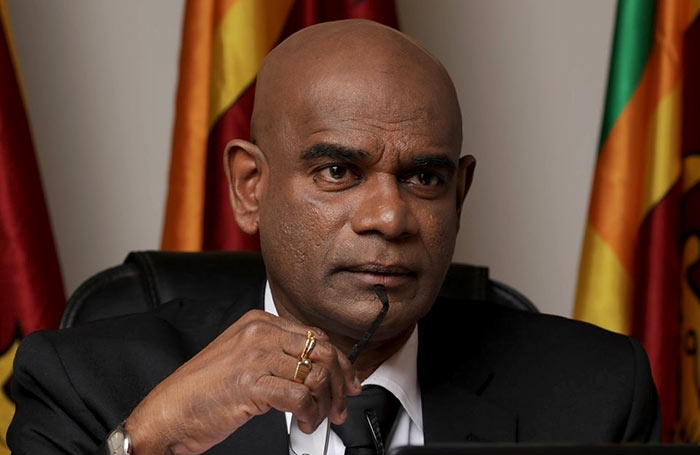 A group of representatives of the National People’s Party convened a media briefing in Colombo yesterday (27). General Mahesh Senanayake expressed these views at the briefing.

“I am an army officer that faced a similar situation in 2010. So I know the difficulty. But as I had been removed from the Army, I did so as a civilian. But here I saw an officer of the Police leave with his whole family.

I also saw that a list of Secret Service Officers had been published with them to be prevented from travelling overseas without permission. I personally think that this should not happen. If the ID photos of the individuals enter the public domain, it could hinder the country’s security.

Clearly any Government should pay attention to the country’s security, the security establishment and those working in it.”

Journalist: Does that mean we might see a return of white vans?

Former Army Commander stated that it was wrong for him to say that however, they are aware of the alleged return of the white vans.

Journalist: You were speaking about the rule of law. But two individuals with accusations have been appointed to positions and another case has ended without examinations.

Mahesh Senanayake stated that this was the problem and there is an independent judiciary in the country and a process.

“Everything should happen accordingly. The ‘I am the law’ philosophy should not be the case in any country. It should not happen” he concluded.