I rejected citizenship offers from many developed countries – Gammanpila 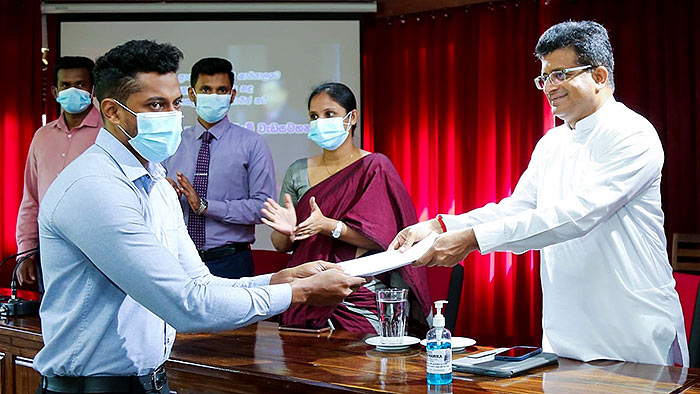 While disclosing that he had refused numerous invitations to obtain citizenship and work in developed countries, Minister of Energy Udaya Gammanpila said he declined all such offers as Sri Lanka is one of the most unique countries in the world.

He also said, despite the fact that there are many good things our country has to offer, many are making a mockery ofit by finding reasons to weep. He said people should be well aware that Sri Lanka is a unique country that provides free education and health services.

Minister Gammanpila expressed these concerns during the presentation of letters of permanency to Graduate Trainees appointed to the Seethawaka Divisional Secretariat.

“You are now a part of the public sector. I do not need to remind you of the disappointment you felt when you first joined, earned a degree, and met your parents’ expectations. Previously, public service meant ‘serving the king’. But today it is a different story. The people of this country are our ‘Kings’ as the Constitution, clearly states that the sovereignty of Sri Lanka belongs to the people,” he stressed. In addition, he noted that the salary paid to a State officer is subsidised by the tax paid by a beggar who begs from morning to night and gathers money tirelessly to satisfy hunger.

“We all get paid from taxes that the poorest people in our country pay with their hard-earned money, and that includes both you and me,” he remarked.

Home » I rejected citizenship offers from many developed countries – Gammanpila