India and Sri Lanka in contrary stand on MRIA: Wimal 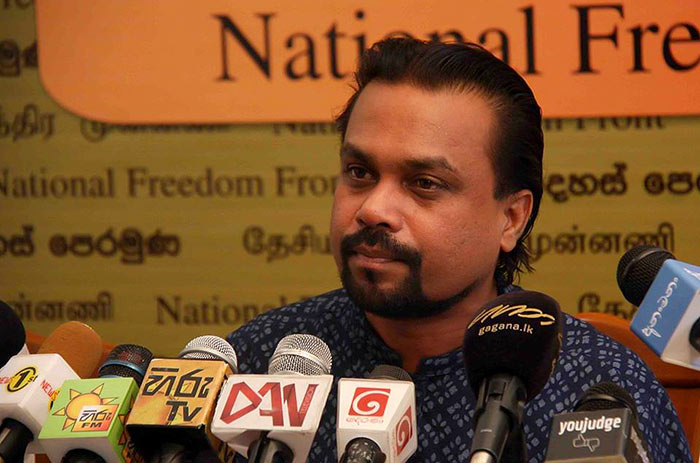 Addressing a news conference, he said the subject minister of India had made a clear declaration in the Lok Sabha recently that Airports Authority of India had not had rounds of discussions with Sri Lanka on the lease of the Mattala Airport.

“Although the subject Minister of India says so, our Minister of Civil Aviation Nimal Siripala de Silva says otherwise. He says discussions are continuing to take place with India on Mattala Airport. It is puzzling as to why the two subject ministers express contrary statements on same matter,” the MP said.

However, Weerawansa said both of the subject ministers were attempting to conceal the actual scenario on the Mattala Airport.

“According to Minister Nimal Siripala, the Indian Airport Authority and Sri Lanka are hoping to establish a Joint Venture Company to control the Mattala Airport, where 70% shares will be bought by India,” he added.

Meanwhile, he said India was keeping an eye on not only to grab Mattala Airport but also airports in Kankesanthurai, Palali and harbours in Galle and Trincomalee.

Therefore, he said leasing out of Mattala Airport to India would provide more room for them to take hold of Sri Lanka and added it was a threat to the national security.

1 Response to India and Sri Lanka in contrary stand on MRIA: Wimal