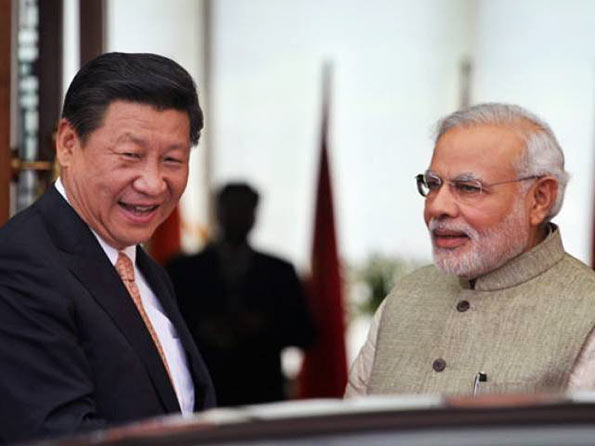 Beijing: India should rethink its opposition into Chinese investments in Sri Lanka and join the port development in the island nation instead of feeling “jealous”, China’s state media said on Monday.

“It is understandable that the cooperation has left some Asian countries vigilant as media reports suggest that an 80 per cent share of the port, which sits on an important trade route, and land for an industrial zone will be leased to China for the next 99 years,” an article in Global Times referring to Sri Lanka’s decision to hand over the Hambatota Port to China.

Also there was public agitation over the land given to China to industrial zone in Hambatota.

“However, joining the project would be better than standing aside and being jealous,” the article said.

“As more and more South Asian countries keep a positive attitude toward China’s efforts to improve infrastructure in the region, skeptics in countries such as India should rethink their stance toward the Chinese-funded project in Sri Lanka,” it said.

“China is likely to adopt an open attitude if other countries can put aside the idea of geopolitical confrontation and join in on harbour construction of the island nation,” it said.

Referring to concerns in India and Japan over Chinese investments totalling over USD 8 billion, the article said, “The Chinese-funded project in Sri Lanka is not a nail being knocked into the geopolitical landscape of South Asia to curb India’s rise”.

China’s economic cooperation with Sri Lanka does not target any third party, including India and Japan, because the project is just another move in pushing forward the Belt and Road initiative, an open, inclusive international cooperative proposal that any nation is welcome to take part in, it said.

India and Japan should feel free to join the initiative in a bid to boost their presence in Sri Lanka’s economy, but it is questionable whether the two countries are willing to spend a large amount of money on supporting the economy of Sri Lanka and pushing forward regional economic integration, it said.

“If Sri Lanka could not get enough financial support from India and Japan to build its port facilities, it seems inadvisable to prevent the South Asian country from seeking help from China, a country that is witnessing a boom in outbound investment,” it said.

“Some countries like India and Bangladesh will be the first batch of beneficiaries of China’s efforts to build a network of roads and infrastructure facilities in South Asia to open up new trade routes. In this regard, China’s economic cooperation with Sri Lanka will contribute not just to the local economy but to the whole region,” it said.

1 Response to India must rethink opposition to Chinese investment in Lanka: Global Times