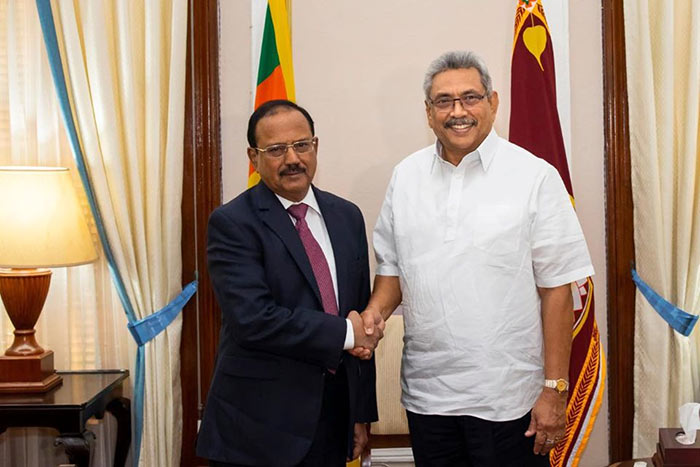 India will provide US$ 50 million to Sri Lanka to buy military equipment to boost the country’s security.

The pledge was made by India’s National Security Advisor Ajit Doval, when he met President Gotabaya Rajapaksa at the Presidential Secretariat yesterday.

The funding would be part of efforts in improving defence ties between the two countries, the President’s office said in a statement.

During the talks, India also pledged to provide assistance to Sri Lanka with technology on intelligence gathering.

Mr Doval pointed out the importance of reviewing the intelligence related to the maritime zone between Sri Lanka, the Maldives and India. He said other regional countries should also be brought into this process as observers, according to the President’s office.