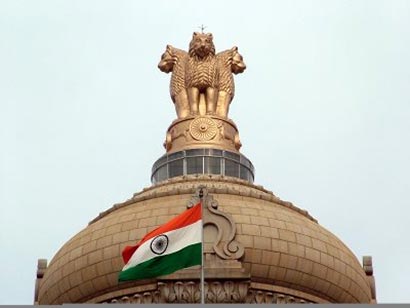 The Indian Central Government had assured that the Tamil Nadu Chief Minister, Ms J. Jayalalithaa, that it will take into account her opinion on unannounced visits by Sri Lankan VIPs to the State, saying it will take the matter “seriously”.

“We are a federal state, we have the greatest respect for States. Whatever is the assessment of the State Governments, we will take it seriously, but we will see how we can reconcile the issue,” the External Affairs Minister, Mr S. M. Krishna, said.

“I would like to assure the Chief Minister that her opinion will certainly be factored in the decision we are going to take,” he told presspersons here en-route to Singapore.

Ms Jayalalithaa had written to the Prime Minister, Mr Manmohan Singh, asking him to discourage unannounced visits of Sri Lankan dignitaries to the State, saying the people were “greatly exercised” over the Lankan Government’s handling of the Tamils issue.

She had said Sri Lankan VIPs should be allowed to the State only after consulting the State Government.

On the demand from parties, including the AIADMK and the Congress’ ally, DMK, that the Centre back a US-sponsored resolution against Colombo in the ongoing session of the United Nations Human Rights Council (UNHCR) on alleged war crimes, he said New Delhi will consider every aspect before taking a final stand.

“Well, we will certainly take into account the overall relationship between India and Sri Lanka and the sentiments in our country (Tamil Nadu). We will take every factor into consideration before taking a final call,” Mr Krishna said.

India is providing humanitarian aid to the internally displaced “Tamil-speaking brothers and sisters” in the island nation, Mr Krishna said, adding that he had himself seen the renovation of schools and other works.

On India rejecting the visa application of a Japanese national who was to share her experience about the Fukushima nuclear disaster, he said it was the prerogative of the Government to decide on such matters.

Ms Maya Kobayashi, a survivor of the Fukushima nuclear tragedy, was due to visit India on the invitation of the Greenpeace Foundation to share her experience with communities living close to proposed nuclear power plants, but was denied a visa after a “mismatch” was detected in her travel document and the purpose of her visit.