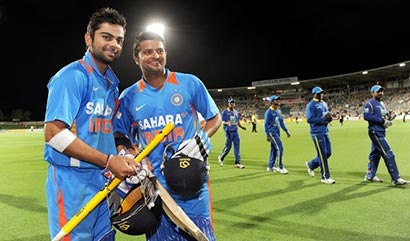 India came up with an outstanding performance to annihilate Sri Lanka a short while ago chasing down the Lankan total of 320 within just 36.4 overs. Virath Kohli slammed 133 runs off 86 balls to help the Indians gain the bonus point in order to keep their hopes alive for the best of three finals alive. Lasith Malinga was the main culprit conceding 96 runs off 7.2 overs at an economy rate of 12.52 runs an over.