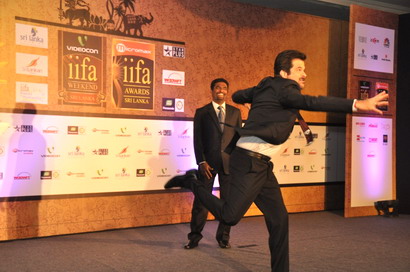 Cementing its commitment to building bridges between countries, IIFA 2010 will host a special charity cricket spectacular as part of the Videocon IIFA Weekend in Colombo, Sri Lanka. The ‘Cricket for Children’ event, the IIFA Foundation Celebrity Cricket Match, will be played between India’s top cinema stars and Sri Lankan cricketers. “The unique initiatives undertaken by IIFA 2010 will undoubtedly forge a stronger bond between India and the host country,” said the Hon. Dep Minister of Economic Development, Mr. Lakshman Yapa Abeywardena.

Longtime IIFA supporter, Indian Cinema superstar, Anil Kapoor said, “IIFA’s journey over the last ten years has opened many doors for the Indian film Industry in the host country, be it in terms of the film shooting avenues or the assistance given to filmmakers and producers from Government and Tourism bodies. IIFA has also helped propel Indian Cinema, by virtue of the deals that have been struck with production houses and the screening of our films that would have never had the opportunity to be showcased there, prior to the IIFA event.”

Forming the Sri Lankan Cricket side are Sri Lankan cricketers, Muttiah Muralitharan, Sanath Jayasuriya, Kumara Sangakkara and Jayawardena, among many others. The Indian contingent prepared to put up the fight for charity include superstars, Shah Rukh Khan, Hrithik Roshan, Salman Khan, Suneil Shetty, Riteish Deshmukh and  many more.

Legendary Sri Lankan cricketer, Muttiah Muralitharan said, “Playing the greats of the Indian cricketing world has always been special to me. The IIFA Foundation Celebrity Cricket Match is indeed a unique opportunity to make friends with the greats of the Indian Cinema fraternity and see how they compare. I hope our countrymen will root for the cause, supporting the initiative of ‘Cricket for Children’, in the spirit of the game.”

Adding a bit of glamour to the cricketing preceding, the IIFA Foundation Celebrity Cricket Match official toss will be done at the hands of Bipasha Basu and Sanjay Dutt. The match to be held on Day 2 of the Videocon IIFA Weekend is expected to draw large crowds, giving cricket and cinema fans to see the best of the two fraternities, on one platform.

Recognizing the magnitude of the effects of the recently-ended conflict in Sri Lanka, the IIFA Charity Initiative, in conjunction with the Sri Lanka Cricket Board and UNICEF, aims to positively impact the lives of former child soldiers and other vulnerable children. Speaking on the partnership Philippe Duamelle, UNICEF Sri Lanka Representative, said “Here we see the magic of cinema and cricket coming together to build bridges of hope for these children to help them realize their full potential”

Through the efforts of IIFA, UNICEF and the Sri Lanka Cricket Board, contributions in lieu of financial resources are being made to the “Cricket for Children” project where former child-soldiers and other vulnerable children are being rehabilitated. Through this initiative children are being trained as ‘Cricket Peer Leaders’ and will be given a chance to participate in the celebrity cricket match.

As a symbol of solidarity with the Sri Lankan people, IIFA in partnership with Habitat for Humanity will adopt and rebuild a village for refugees, with the proceeds of the cricket match being donated to this cause, the IIFA Hands for Humanity project. The Literacy Partner for IIFA 2010, Linc Pens in association with IIFA is devoted to the cause of literacy and will be donating stationery to the IIFA model village in Sri Lanka. 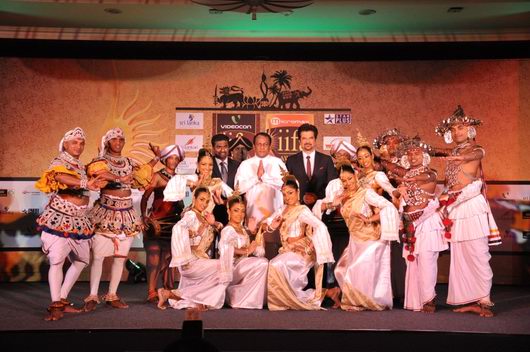