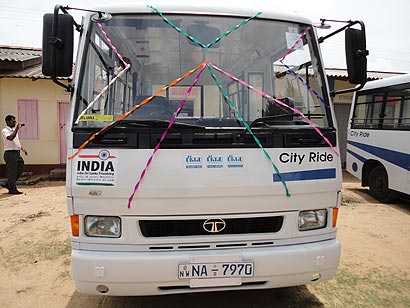 The Government of India has promised to donate 55 buses to schools, social and other educational institutes and non government organizations to boost the educational facilities and also uplift the transport facilities in the rural areas of Sri Lanka. As a part of this new scheme two buses were handed over to two schools in Puttalam District at the ceremony organized at Al Rahuma Maha Vidyalaya, Rahumathpuram, Veppamadu on 3 October.

This ongoing programme of distribution of 55 buses will be administrate and monitor by the High Commission of India in Colombo. The total cost of the project is estimated Sri Lankan Rupees 92.95 million. 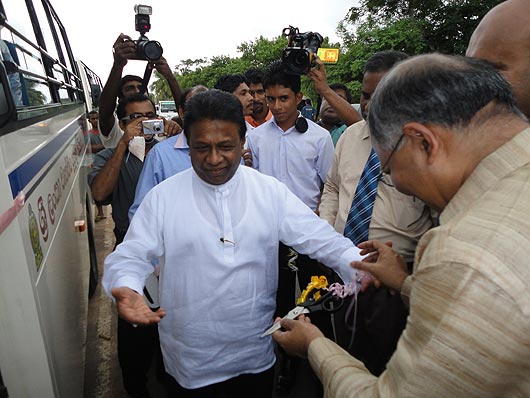