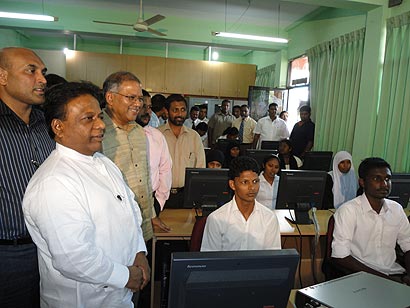 A new project implemented for setting up additional facilities at the Vocational Training Centre in Nagavilluwa at Puttalam District was initiated by the Government of India, handed over to the general public on Sunday 3 October. The project included supplying and setting up equipment for three labs in computer and electrical work. The centre also provides training facilities in welding work in addition to sewing for the females. This new project was conducted by the Indian Government through HMT (I) Ltd for the benefit of the displaced people living in the area from 1990.

The new section of labs was declared open by Ashok K. Kantha, High Commissioner of India, Dullas Alahapperuma, Minister of Youth Affairs and Rishad Bathiudeen, Minister of Industry & Commerce in Nagavilluwa, Puttalama at the ceremony. Mr Nordeen Mansoor, Member of Parliament, Mr. Dhammika Hewapathirana, Chairman of the Vocational Training Authority, representatives of Provincial Councils, representatives of HMT (I) Ltd., officials and students of the Vocational Training Centre were attended the inauguration ceremony. 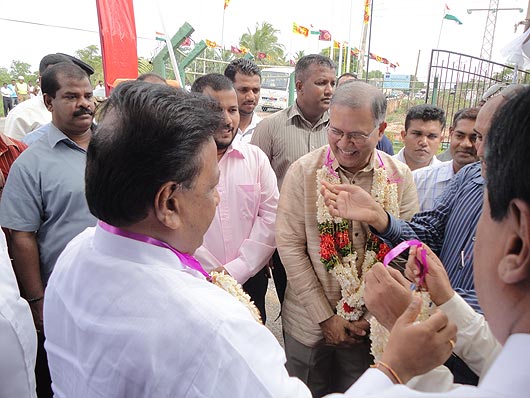 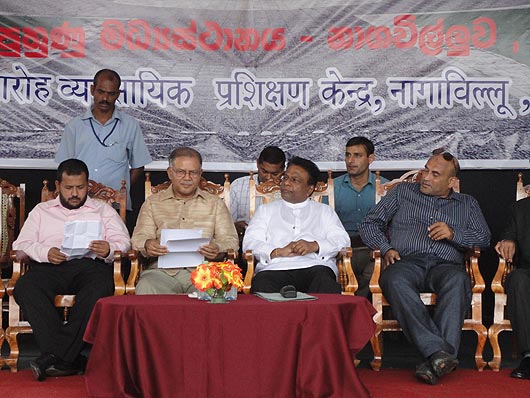