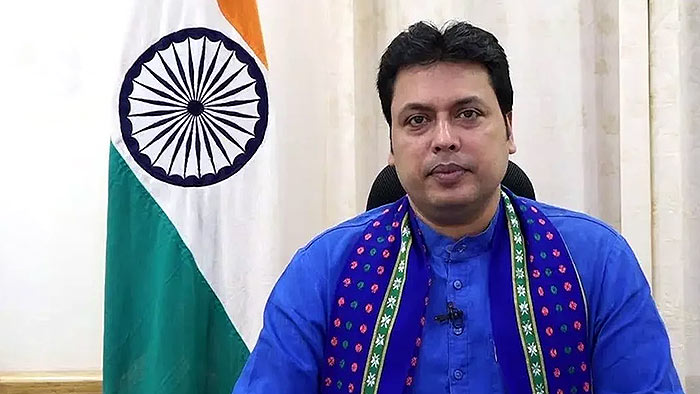 “Amit Shah, who was then BJP national president, had told us that the party was planning to expand its footprint and establish its rule in Nepal and Sri Lanka during a close interaction with several members at the state guesthouse in Agartala,” he claimed.

Lauding the union Budget of the next financial year, he said: “It is a step towards the making of an ‘Atmanirbhar South Asia’. The policies and actions of India have been able to make Bangladesh, Bhutan and Nepal self-reliant.” Opposition CPM and Congress demanded immediate action against Biplab for his “most undemocratic speech” against sovereign countries like Nepal and Sri Lanka and called for a probe into his claim about Shah planning to capture power in the countries.