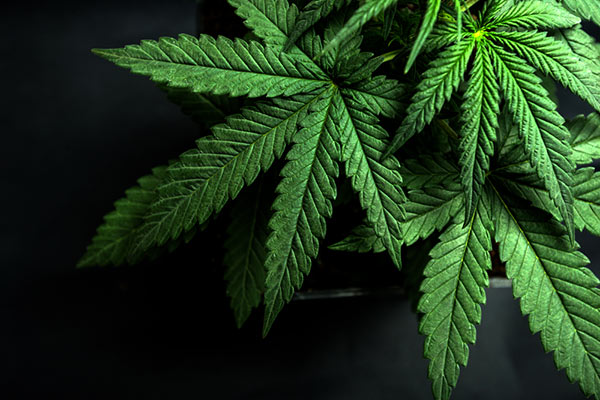 The Samastha Lanka Indigenous Medical Association (SLIMA) says the Government must consider reviewing regulations on cannabis plantations to promote its use for medicinal purposes and for export growth.

Addressing a media briefing held in Colombo yesterday, SLIMA Advisor and former Member of the Ayurveda Medical Council Dr. Dannister Perera said the United Nations, supported by the World Health Organisation, has delisted cannabis as a dangerous drug, having identified its medicinal properties. However, in Sri Lanka, this valuable plant is shunned and growing, possession or trade is tightly restricted, posing numerous difficulties for the traditional medicinal practitioners.

Dr. Perera noted that cannabis medicine is used widely globally for the treatment of neurological disorders, and has also been seen as potentially effective in treating Parkinson’s, Alzheimer’s and other serious diseases.

The United Nations’ Single Convention on Drugs has delisted cannabis as a dangerous drug due to these reasons, he pointed out. Dr. Perera added that medicinal cannabis products are freely available now in many developed countries, and products such as hemp and CBD oil can be purchased freely by the public over the counter.

Accordingly, Sri Lanka, too, should consider reverting to its age-old tradition of growing and employing cannabis for medicinal use, a practice which was shelved due to restrictions imposed during colonial times, he pointed out.

“Globally, regulations surrounding cannabis are changing, the plant and its components have many uses. The leaves and seeds are used for medicinal purposes, and many products are found worldwide in developed markets as they are good for health. It is the flower that is used as an intoxicant drug. The leaves and seeds should not be listed under this. We believe this is a good commercial crop that can bring great benefits to us,” Dr. Perera said.

Joining the discussion, SLIMA Convenor Dr. Washington Nanayakkara added that ayurvedic physicians are now unable to use cannabis as an effective painkiller and sedative due to restrictions. He added that some medical practitioners have had to face grave difficulties with the law, and this has also resulted in some Ayurveda physicians from teaching these remedies to students. It was revealed that whilst some stocks of cannabis do reach the Department of Ayurveda Medicine, they often deteriorate as they are held back for long periods of time as evidence in courts.

“As per prevailing laws, we are unable to do a lot of things with traditional medicine, and we are forced to use other alternatives. There are accepted processes for how we use our medicine in the Ayurveda Act, but there is no listing for cannabis in Act No.31 of 1961. This needs to be amended and updated to suit the purpose. Traditional doctors have even been victimised because of this. Cannabis is used in India as well. It is a good natural product that has many benefits. For instance, it has been used for treating worms since the 1940s. There are a lot of misconceptions in Sri Lanka regarding cannabis. It is one of the safest and most effective natural products, and this has been confirmed by many international studies,” Dr. Nanayakkara stated.

He added that cannabis is a great source of protein for children and even adults. The SLIMA Convenor revealed that one acre of cannabis can yield over two tonnes of seeds, which are extremely rich in protein and combat issues like malnutrition. These are used heavily in countries like India and China, with the latter having registered over 300 patents in this respect.

“We need to move with the world. The seeds don’t have any intoxicants, and there are no threats to society from cannabis usage. In fact, they make people less violent. In contrast, the working community of Sri Lanka depend more on alcohol at the end of a hard day’s work, which is more harmful to health and society.

“We can consider it for exports as well, as our environment and soil are good for cultivation. Cannabis is a recognised old, traditional medicine of this country, and the Government could consider a permit scheme for identified growers,” Dr. Nanayakkara stated, pointing to India as a major global exporter of seeds. Many nations have promoted growing cannabis on a commercial basis with licensing and monitoring from the government, the SLIMA spokespersons asserted.

Joining the discussion was SLIMA Chairman Dr. Upul Dela Bandara, who explained the many usages of cannabis in traditional Sri Lankan medicine, adding that it was unfortunate its usage had been criminalised during colonial times. He expressed hope that the Government would consider revisiting the law to promote the medical practice.