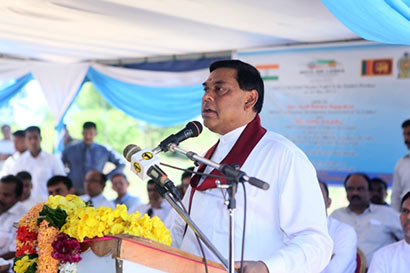 Economic Development Minster Basil Rajapaksa said on Wednesday (May 22) that only Sinhala Sinhala-Tamil-Muslim unity will bring victory and it is the duty of every one to work in harmony to safeguard this country which has been liberated from terrorism.  Religious and ethnic disharmony will only bring defeat and suffering, he warned.

The Minister Rajapaksa made this observation when he inaugurated the project to construct 4000 houses (the first stage) in Batticaloa under the Indian-funded programme for building 50,000 houses for people of the Northern and Eastern Provinces displaced by the war. A large crowd from Mangalagama, Periyapullemale and Pugam in the Eravurpattu villages Divisional Secretariat area of the Batticaloa District attended the inauguration ceremony.

Marking administrative boundaries, administrative circulars and other related measures had caused people of the same village to come under two districts – Batticaloa and Ampara. Consequently the Rs. 550,000 meant for the construction of each house under the Indian-funded housing programme was received only by the people of the Batticaloa District.  After this error was noticed similar assistance was also given to the residents of Mangalagama with the Indian Government’s approval fulfilling the promise the President had given to them.  The Government has also decided to provide the people of Regama in the Chenkaladi Divisional Secretariat of the Batticaloa District with houses under the Indian-assisted programme.  When Minster Rajapaksa announced this decision of the President the large crowd present at the ceremony applauded.

This event was also the last official function of the outgoing Indian High Commissioner Ashok A. Kantha after his three-and-a-half year diplomatic service in Sri Lanka.  The presentation of Rs.500,000 for the construction of each house was also made at this ceremony so that the beneficiaries can build the houses in the way they want without handing over the job to contractors.  The Economic Development Ministry’s Re-awakening Project, the Indian High Commission and the organization Habitat are jointly carrying out this programme.

Addressing those present Minister Rajapaksa further said that the 50,000 house building programme was originally meant only for the North following a request the President had made to the Indian Prime Minster but was extended to the Eastern Province and the plantation areas in response to requests government representatives had made.  The selection of three villages comprising Sinhala, Tamil and Muslim people for the first stage of the programme by the Sri Lankan President and the Indian Government is a step towards building ethnic harmony, the Minister added.

He regretted the attempts being made by a few elected representatives to obstruct the progressive steps the government was taking, by creating disharmony between Sri Lanka and the international community including India.  He expressed his gratitude to the Indian Government, the Indian people and the outgoing Indian High Commissioner Ashok A. Kantha on behalf of the Sri Lanka people and the Government. 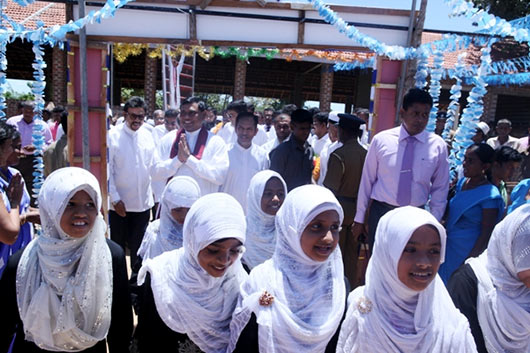 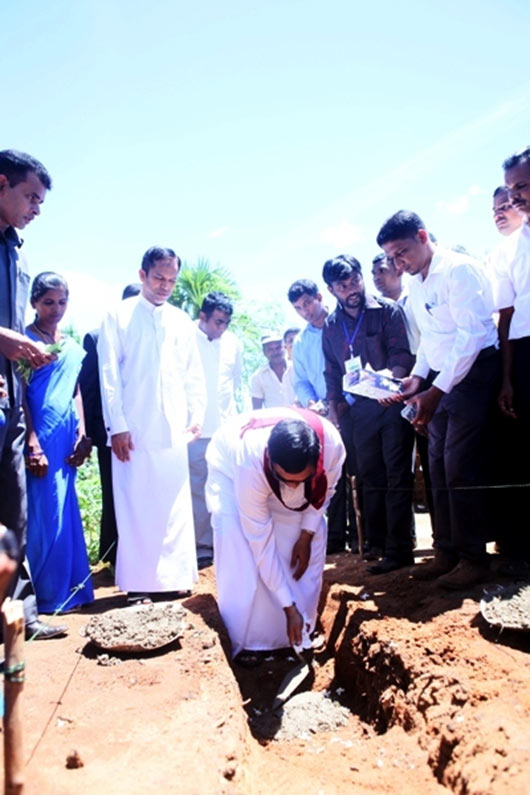 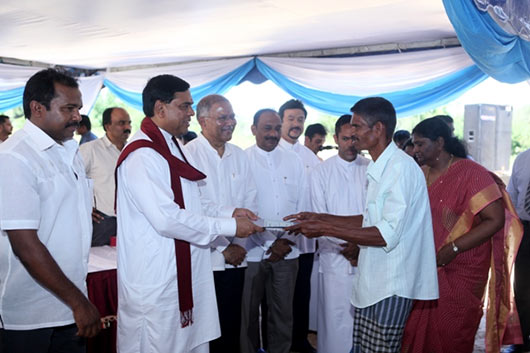 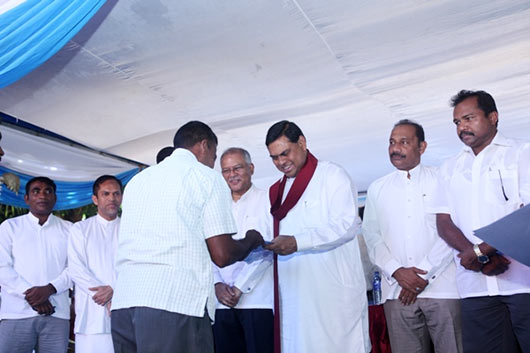 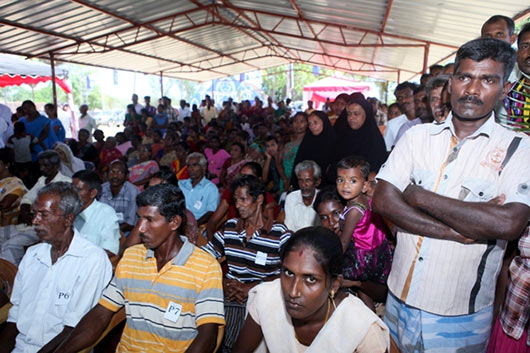