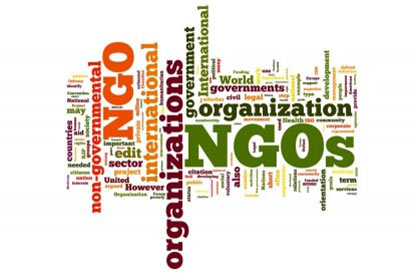 Mega millions has been disbursed to the bank accounts of organizations set up to deliver ‘democracy’ and ‘human rights’ to ‘undemocratic’ nations. These NGOs set up have an explicit object and it has nothing to do with human rights to democracy and everything to do with preparing the groundwork for agendas of those disbursing the funds. The local lacoreens or sepoys as we have every right to call them are paid to do a job and they are paid handsomely too. Remove the monetary aspect would these so-called NGO heads deliver the same speeches with the same gusto? To this brigade of paid mouthpieces the Bar Association has plugged itself and the dollar disbursements reveal the source to their sudden anti-Lankan stand as well. Is there any credibility when these civil society leaders are simply puppets and if so why should they have any say in how a country is run?

One of the first things that need to be investigated is the property ownership, business interests and stakes that these so-called human rights advocates have both in Sri Lanka and overseas. This will expose the scale of misappropriation and malpractices taking place by those pointing fingers.

Obviously they have become ultra-millionaires by agreeing to function as agents and foreign stooges of external sources. They are sent money to conduct research, compile reports and hold workshops not with the intention of doing any good but to gather data which once sent overseas another lot of brains get busy on ways and means to use these compiled data against the countries they target for ‘change’. They are paid to travel globally, address forums and deliver speeches and statements to show there is another side, another version to which money has helped build false hyped propaganda to show they have plenty of followers and media has been rewards and paid handsomely to carry a notion that these NGOs have a vast following. The truth is they don’t – all those who join are those wanting to put their fingers into the money generating kitty. It is an elite cocktail circle of people who have common agendas that are funded and they remain in their roles as long as they can deliver and for as long as they can deliver. For that outsourced role they are handsomely rewarded and given the media credentials and recognition so that they are made to look on par with VIPs and in fact they get invited to VIP and diplomatic circles as well.

When these paid civil society experts are those that foreign parliamentarians or foreign delegations meet to get the pulse of the other side, we can be rest assured that the versions they give will never be positive of any good happening in the country. It is from these paid civil society experts, NGO heads that foreign reports get compiled using statements and reports compiled from them. How are these reports compiled? They are funded from foreign governments and agencies that are tasked to carry out regime change so can we expect any impartiality or unbiased reports.

The entire civil society representation at UN level is a big farce and simply a means of getting what Western liberals want via supposedly unbiased NGOs when they are neither unbiased or impartial because they are paid employees only.

Canada, Germany, Norway, Switzerland, Netherlands, the EU and USA collaborated to donate 3 NGOs that are often quoted on international arena as the mouthpieces for “democracy”, “transparency” and “truth” our next question unanswered thus far is what have these organizations being doing with over Rs.600million given to them?

The manner in which foreign nations fund various initiatives/campaigns, conferences etc are too many to list. Russia recently closed USAID as it was accused of interfering in political processes in Russia.

Bmz Foundation through the Government of the Federal Republic of Germany

·Save the Children in Sri Lanka

·The Berghof Foundation for Conflict Studies in Sri Lanka

It is no better a time to investigate the monies disbursed to these civil society and NGOs, the disbursements to the heads of these organizations, their purchase of property, business interests, shares etc for that will reveal another dark side to these so-called humanitarian angels.