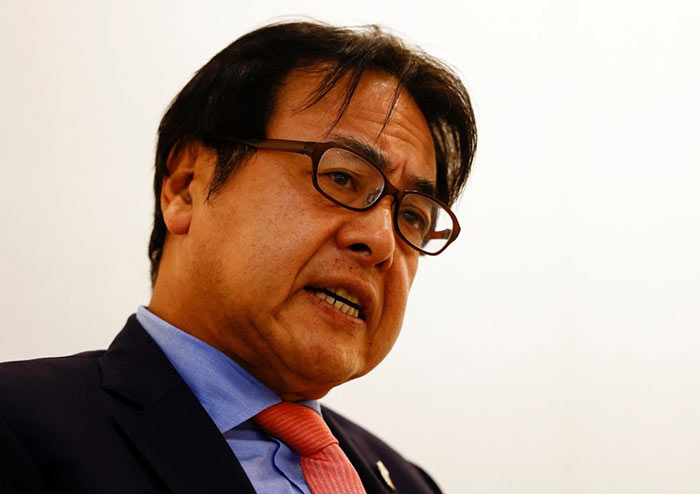 Japan, one of Sri Lanka’s main creditors, will back the South Asian nation as it seeks to restructure about $30 billion of its foreign debt and find a way out of a crippling economic crisis, Tokyo’s envoy to the country said on Friday.

Reaching an agreement with creditors is key to Sri Lanka securing a $2.9 billion bailout package from the International Monetary Fund (IMF).

“Japan stands by Sri Lanka in support of the debt restructuring negotiation process so that Sri Lanka can reach the final agreement with the IMF,” Ambassador Hideaki Mizukoshi said in an interview.

Japan holds around $3.5 billion of Sri Lanka’s total bilateral debt of about $10 billion, amounting to 4.4% of the island’s GDP, according to government and IMF data.

“Japan intends to play a constructive role with other creditor countries, including China and India,” Mizukoshi said.

Sri Lanka is facing its worst economic crisis in decades, with severely depleted foreign exchanges reserves leading to prolonged shortages of essentials, including fuel and food.

The financial turmoil is the result of economic mismanagement and the impact of the COVID-19 pandemic that upended Sri Lanka’s lucrative tourism industry.

Although Japan will support the debt negotiation process, Mizukoshi said that talks on large infrastructure projects will only be resumed after Sri Lanka’s economy recovers.

“In the future, when this economic crisis is over and the economic conditions are in good shape, we can restart that kind of discussions,” he said.

Regional rival China has built ports, highways and power stations on the island as part of its Belt and Road Initiative, drawing concern from Sri Lanka’s northern neighbour India.

Japanese firms have been investing in Sri Lanka since the 1970s, including in the electronics, ceramics and engineering sectors.

But investments have been hamstrung because of inconsistent economic policies and procedural obstacles, Mizukoshi said.

“I hope that those things will be improved,” he said. “We hope that the environment for investment to Sri Lanka will improve.”